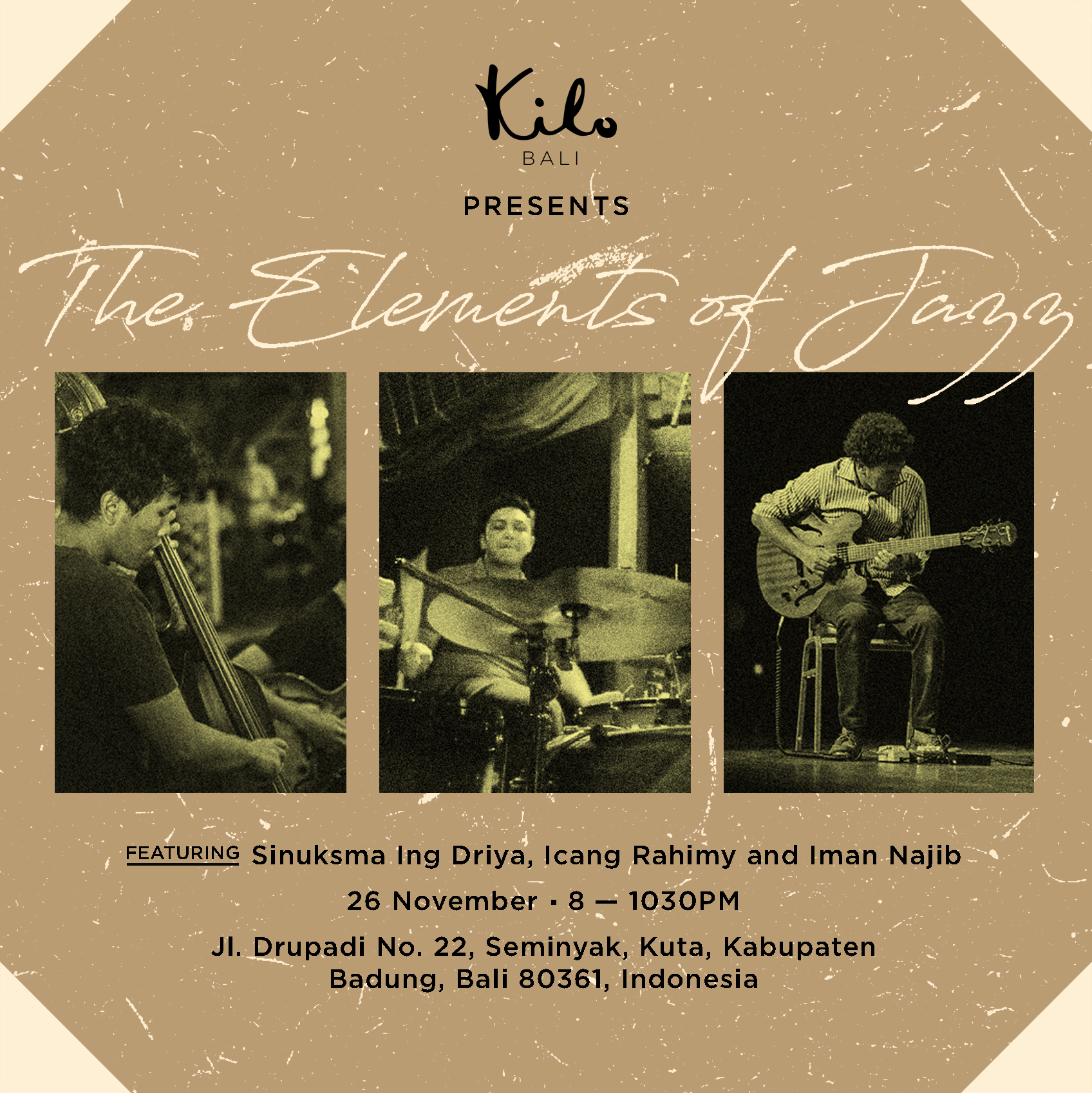 Gather your loved ones, seek out our tranquil space, and come join us for a very special evening as we celebrate the elements of Jazz with three talented local jazz musicians.

Indulge in a selection of all your favourite dishes at Kilo Bali, and dance your night away to soulful tunes.

SINUKSMA ING DRIYA
Sinuksma ing Driya is a professional bass player with a huge passion for jazz. Born in Jogjakarta, he got in touch with music at a young age when his parents were listening to some pop music on the tape recorder. He finally expressed his eagerness in music many years later when he began his studies in musical instruments at Dixie music course where he later picked bass as his first instrument.

Several years later, he moved to Bali to seek new experiences on studying and also in his journey with jazz music. It was during this time that he met a lot of Bali’s big-name jazz musicians such as Indra Gupta (double bass), Jeko Fauzi (guitar), Iman Najib (drums), and Sandy Winarta (drums).

ICANG RAHIMY
Born in Jakarta and residing in Bali since 2012, Icang Rahimy is an Indonesian jazz guitarist who plays with plenty of passion in every one of his performances. He works mostly for his own project (duo, trio, or quartet) and also as a session player in several musician projects.

IMAN NAJIB
Dubbed as one of the best jazz drummers in Indonesia, Iman Najib is best known for his swinging groove when he plays jazz standard. Born in Jogjakarta, he started to play music when he was in high school where he chose drums as his main instrument.

His interest in jazz rose when he first watched a video of the American jazz drummer, Tony Williams. From then on, he began his studies in jazz at an Alliant music course in Jogjakarta. One year later, he took up a course with Idang Rasjidi, one of the Indonesia’s senior jazz musician and the rest was history.

In 2008, he moved to Bali to seek more opportunities in playing jazz. His effort in the study of jazz finally paid off when he became one of the best jazz drummers in Indonesia.