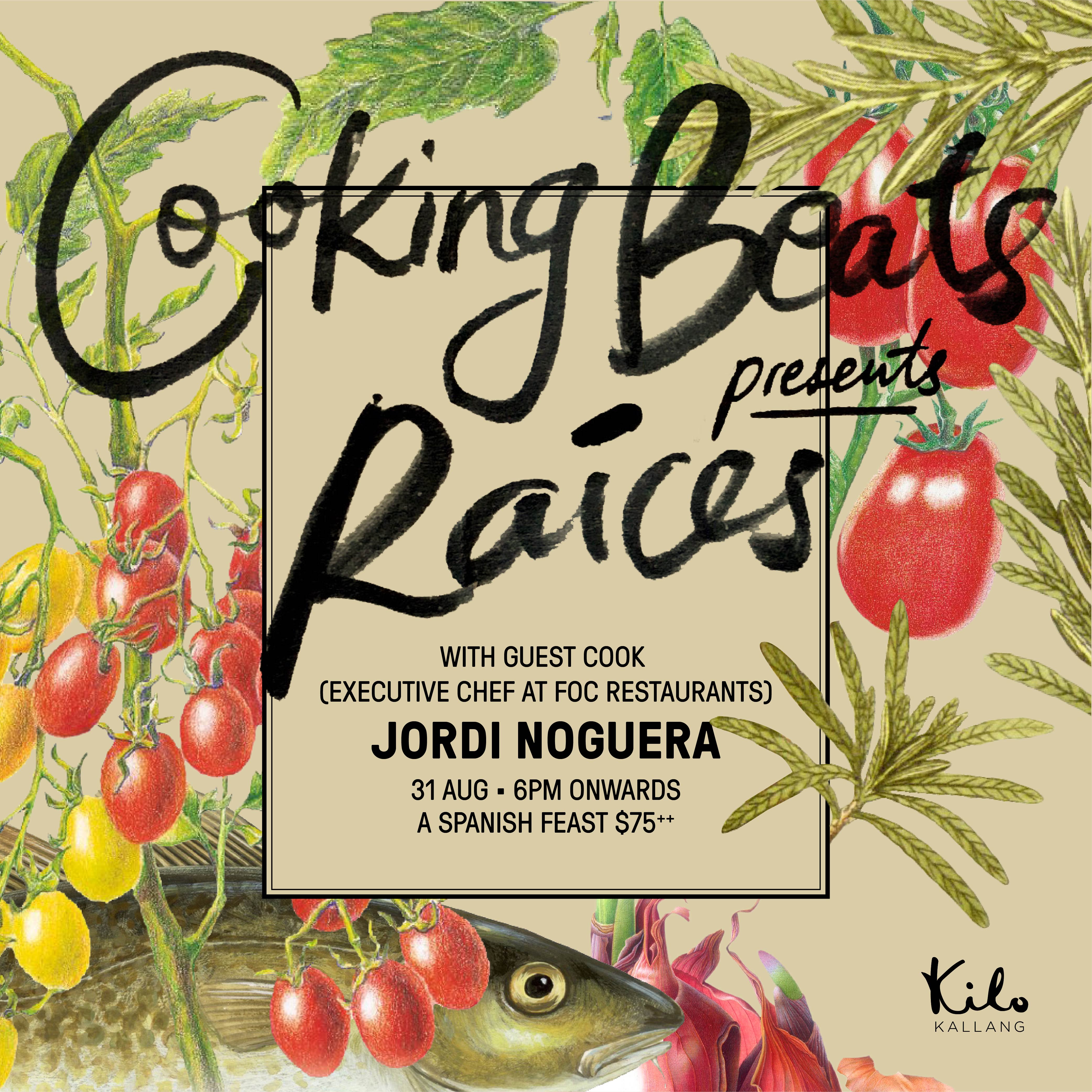 Jordi Noguera was born in Prats de Lluçanès, Barcelona, Spain, surrounded by a family of chefs who are proud descendants of a rich food history that dates back more than six decades. To say Jordi grew up in the kitchen is an understatement – the Nogueras own and operate a traditional Spanish restaurant, equipping him with over ten intensive years of culinary experience.

He served as Executive Chef and Director of the restaurant before starting off on his own as a culinary instructor. Jordi’s culinary philosophy is influenced by renowned Spanish chefs that have renewed and enhanced Spanish cuisine. In Spain, he worked under Michelin-starred Carles Gaig, owner and chef of Restaurante Gaig and Fonda Gaig, Barcelona and the legendary Juan Mari Arzak, owner and chef of Arzak. In 2012, he relocated to Singapore to head Foodbar Dada, combining classic Spanish cooking methods with innovative techniques to create an inventive Spanish tapas menu that centred around the use of a Josper Grill oven. Despite his success, Jordi has not been one to rest on his laurels, constantly seeking to enrich his knowledge and skill.

In a dynamic collaboration with one Michelin-starred Chef Nandu Jubany, he now is the Executive Chef of FOC Restaurants (FOC Restaurant, FOC Sentosa and FOC PIM PAM), aiming to bring the essence of vibrant Barcelona, giving a 360° authentic experience of everything that this fascinating city has to offer. Jordi has been working with Chef Nandu on recipes and menu items that would be best suited to the Singapore diner’s palate. All the menus at FOC Restaurants continue to pay homage to both Spanish and Catalan cuisine with inventive interpretations using refined techniques and quality ingredients.

Cooking Beats: Raíces sees guest chefs from a variety of colourful backgrounds helming Kilo Kallang’s kitchen to serve culinary-comforts they grew up on back home, accompanied by a special selection of beats to offer diners a fully immersive glimpse into the chef’s culture.