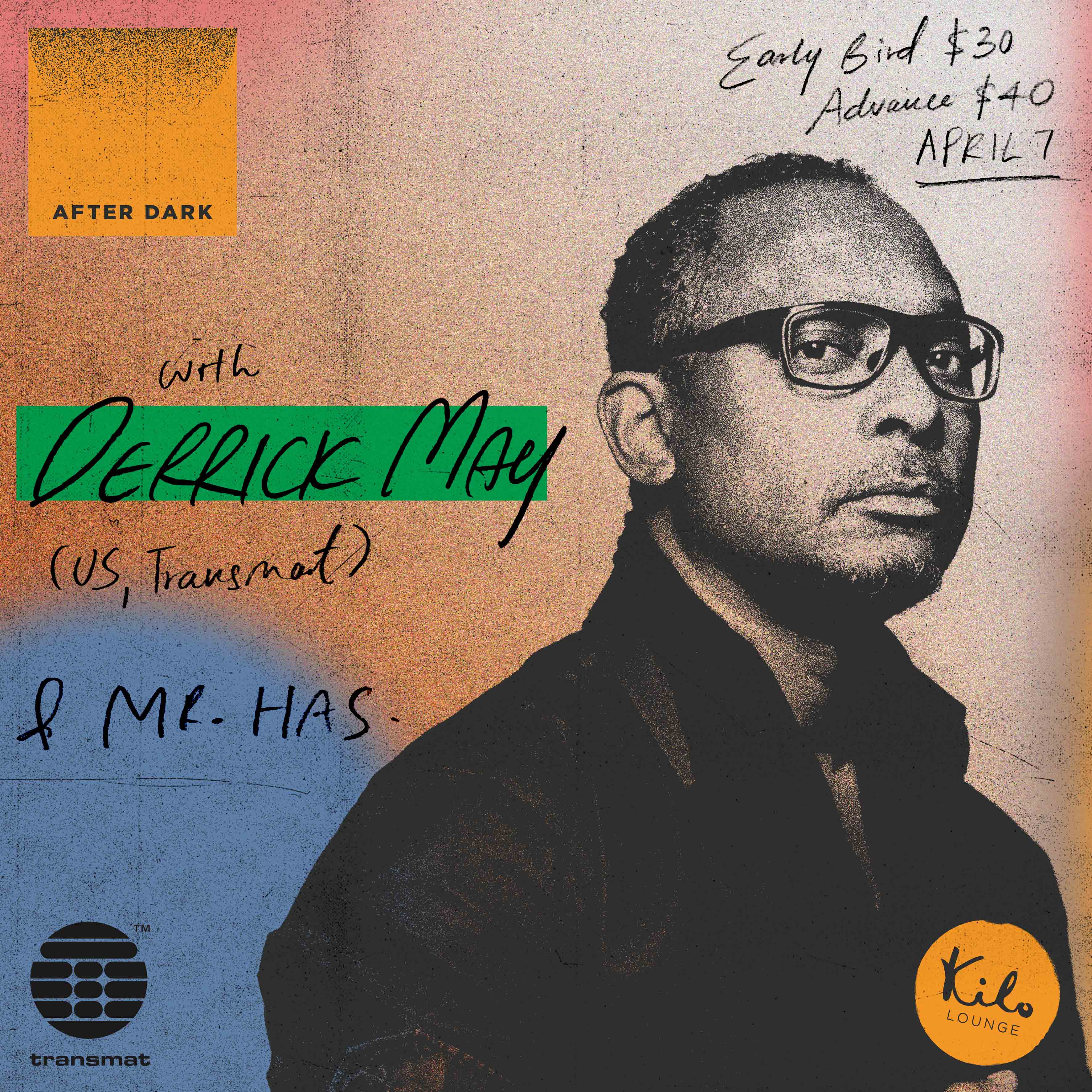 After Dark with Derrick May (US, Transmat) and Mr. Has

Derrick May is one of the greatest living figures in electronic music, and one of the few in any genre who has helped to originate a style that has changed the sound and form of popular music across the world: techno.

Born in Detroit on April 6, 1963, May met the other founding fathers of techno, Juan Atkins and Kevin Saunderson, while he was a teenager studying at Belleville High School. Inspired by European electronic sounds and black American dance music, and invigorated by the idiosyncratic broadcasts of Detroit radio presenter The Electriyfing Mojo, May, Atkins and Saunderson – who would become known as the ‘Belleville Three’ – began to DJ together at parties and clubs under the name Deep Space Soundworks in the early eighties.

Atkins established himself as an electro innovator through his Kraftwerk-tinged recordings with Cybotron; May, his young protégé, was observing intently and learning about the possibilities of electronic sound. The Belleville Three and their Detroit comrade Eddie Fowlkes then built on these foundations to develop a style that was both futuristic and emotional, physical and cerebral. May also played a role in the development of what would become house music, when in 1983, he sold Frankie Knuckles a Roland TR-909 drum machine which would be used to create some of the early Chicago house tracks.

May described his music as ‘high-tech soul’, but just before the first major compilation showcase of Detroit’s electronic dance producers on Virgin Records in 1988, the Belleville Three decided to label their sound ‘techno’. Since then, its influence has spread more widely than they ever could have imagined, and can now be heard in everything from the most esoteric of avant-garde electronica to the most commercial of pop hits.

In 2016, he finally returned to the studio for the first time in a couple of decades, to record collaborative tracks with Luxembourg-born classical pianist Francesco Tristano, using a panoply of vintage and contemporary synthesizers to conjure elemental soundscapes from a series of freeform improvisations. The resulting album, ‘SurfaceTension’ by Francesco Tristano feat. Derrick May, is released on Transmat.

“Doing the Philharmonic gave me the motivation and drive to work with Francesco,” says May with characteristic enthusiasm. “Francesco is a true talent, and working with him helped me rediscover this creative spontaneity.” Charismatic, eloquent, and as relentlessly energetic as ever, May is not only a pivotal figure in electronic music’s history, but a dynamic force in its present and a heartfelt advocate for its creative future.