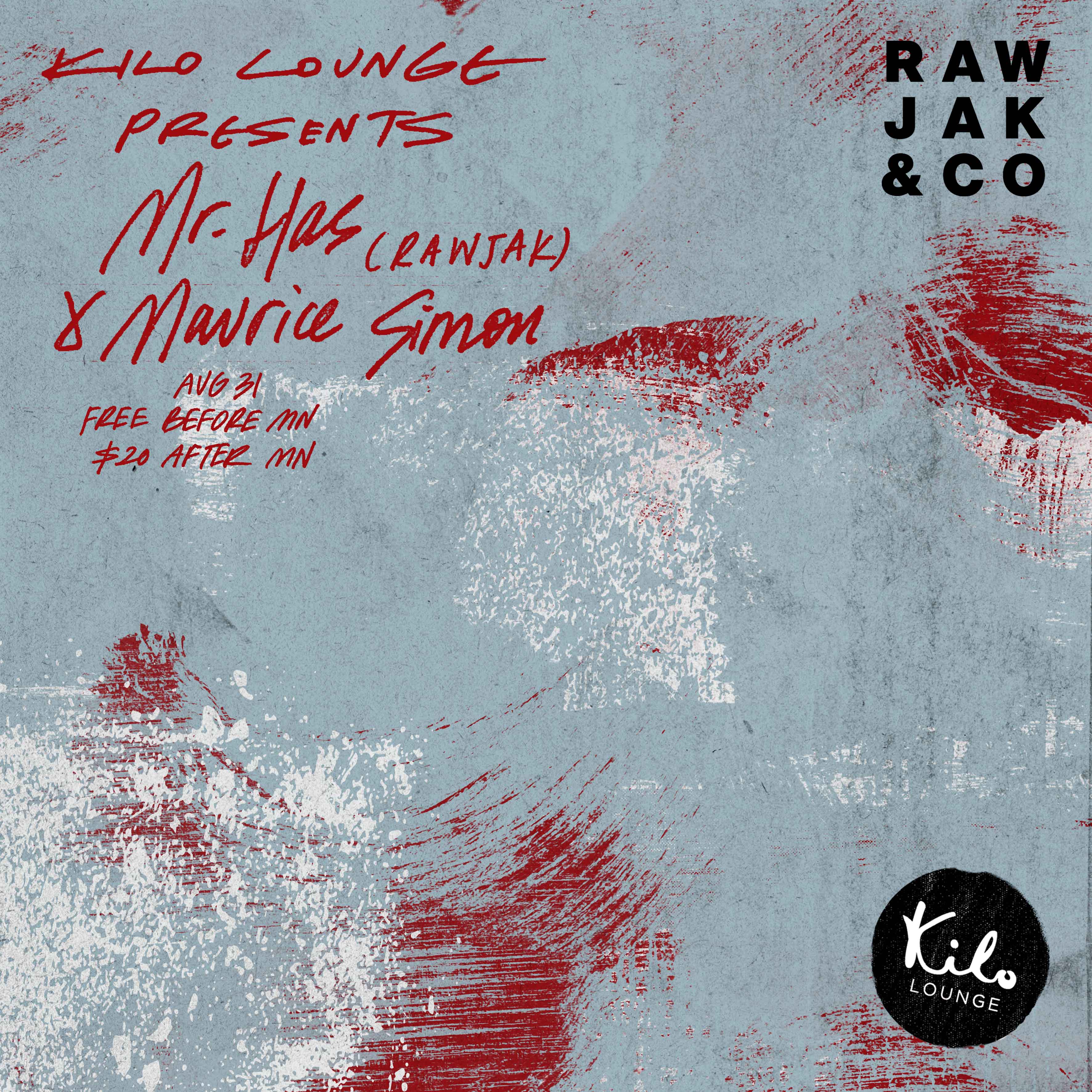 Mr Has returns to Kilo Lounge for another evening of musical journey delivering the freshest cuts of four-to-the-floor beats all. night. long.

Has is a Singaporean DJ/producer & the current Asia Pacific Music Director for W Hotels. It is a role that sees him curating and overseeing the musical aesthetic of W’s family of hotels, while keeping his finger on the pulse of music, fashion, and design. Mr. Has is one of the key figures in Singapore’s music scene, and his work has introduced underground & cutting-edge club sounds into the island’s nightlife. Beyond Singapore, his genre-bending sets have also gained traction on international stages: from Bali to Puerto Rico, New York to Berlin, London to Ibiza, he has spun at reputable clubs and parties around the world.

Rawjak is Mr. Has’ own label, through which he promotes local and international electronic artists. It is a platform on which he rolls out monthly podcasts, & where he released his debut album, Ten Kingdoms, in 2010, which won him JUICE Magazine’s Best Electronic Music Producer award. He can also be heard on Lush 99.5FM on its bi-monthly Lush Mix programme.

A presence on the DJ circuit in Singapore since 2008 and a regular face at Kilo Lounge, Maurice’s musical journey began with a discovery of the nu-jazz and broken beat genres pioneered by Jazzanova, Trüby Trio and 4 Hero. He later ventured into the deep house and techno spectrum, inspired by two years spent as a promoter for Ben Watt’s iconic London-based Buzzin’ Fly Records, and early releases put out by German labels Compost Records, Sonar Kollektiv and Dixon & Âme’s Innervisions. The hallmark sound of his rhythmic DJ sets is now rooted firmly in the very core of house, soul and techno, blending diverse genres and varying tempos with a warm, harmonic mixing style touched with overlapping melodies, basslines and syncopated drum patterns.