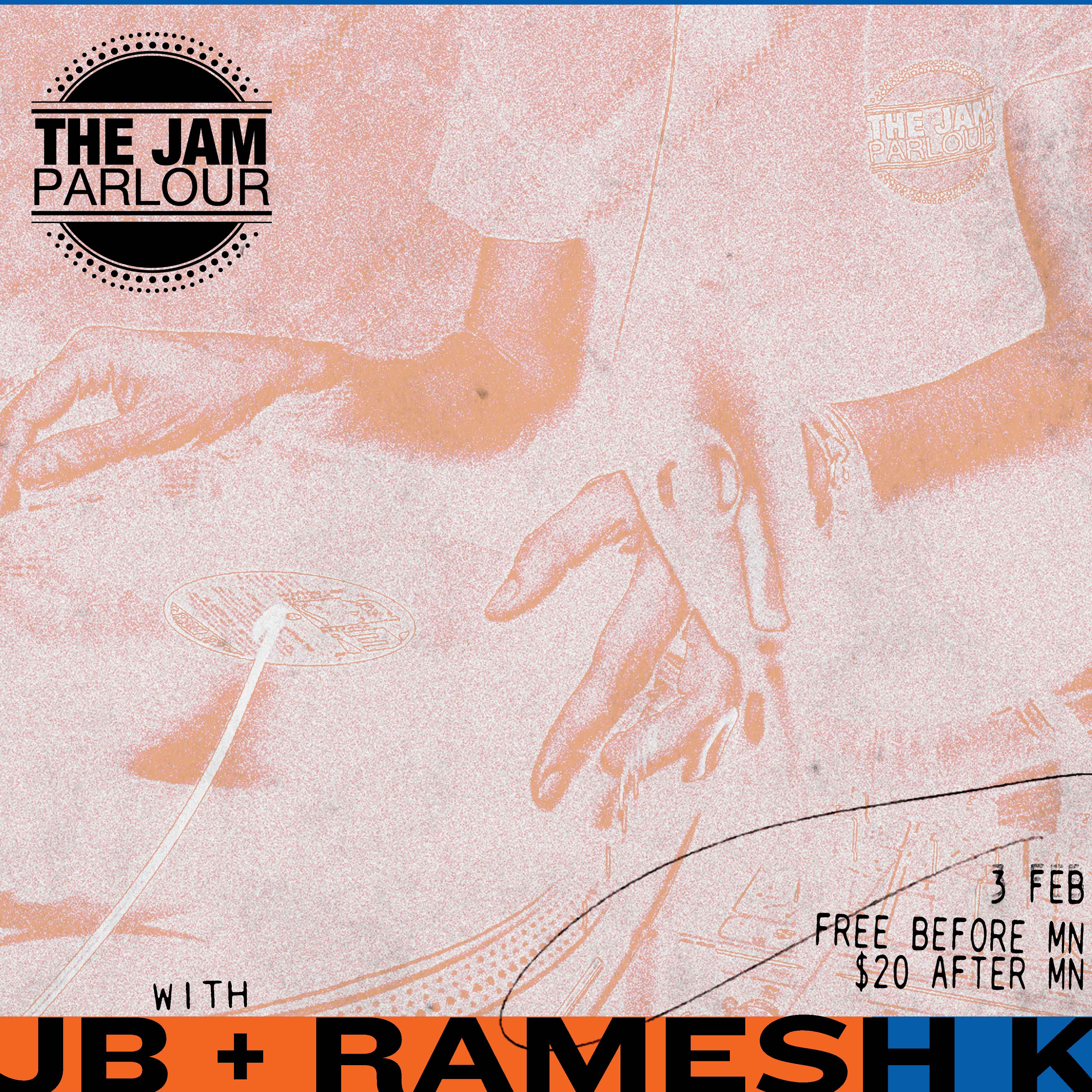 THE JAM PARLOUR
From its humble beginnings back in 2011, The Jam Parlour series has grown steadily to become 6 years later a respected night that won its credentials from the community. Privileging quality over quantity, the philosophy has always been to work with the right people and the right venue but also to never compromise on the music, even if that meant having some hiatus at some point. Since 2015, The Jam Parlour has found the best home at Kilo Lounge and it’s been a real pleasure to collaborate with their such a fantastic team.

The Jam Parlour began with a simple idea really: give more exposure to underground DJs/collectives whether they be local or from overseas. Our region holds many under-rated gems but unfortunately with a bare chance to play so Jam Parlour is here to offer those guys some air time. The Jam Parlour experience is all about adopting an open-minded attitude, discovering some new talents, supporting the confirmed ones, exploring real underground musical genres walking away from the beaten paths and immersing one-self into inspirational musical journeys.

The Jam Parlour is also a sonic experience. We love the analogue sounds so we use the amazing rotary mixer DJR400 from E&S.

Overseas, The Jam Parlour didn’t go unnoticed either and the night has been hosted regularly at prestigious underground clubs such as Oma in HK, Korner in Taipei or Savage in Hanoi.

It wouldn’t be an easy task to put a sticker on JB’s musical style and that’s probably a good thing. When he considers DJing, JB thinks of eclecticism and endeavors to open up musical boundaries to embark the crowd on a new journey.

His sets are always a musical reflection of what his soul captures from the crowd and the vibe of the place. Eclecticism is the key and JB likes to blend all his influences when he builds his set.

JB has been DJing for 15 years and has held the decks in Paris, London, Alicante and countless spots across Asia. In Singapore for close to 11 years, he humbly contributed to grow the local scene by founding 6 years ago The Jam Parlour series with guests such as Alex From Tokyo, Pablo Valentino, Cinthie or Fragrant Harbour Soundsystem and co-founding the disco-focused Doomph! gig 7 years ago with partners in crime Brendon P, Matty Wainwright and Stephen Day.

RAMESH K
Over the last twenty years, Ramesh has had a large influence and presence in Singapore as a sound designer, music consultant, DJ, obsessive collector of music and a source of international and local experience and inspiration. Locally he has played at Singapore’s most influential venues and held five DJ residencies including his present stint at the premier rooftop nightclub, CÉ LA VI Singapore.