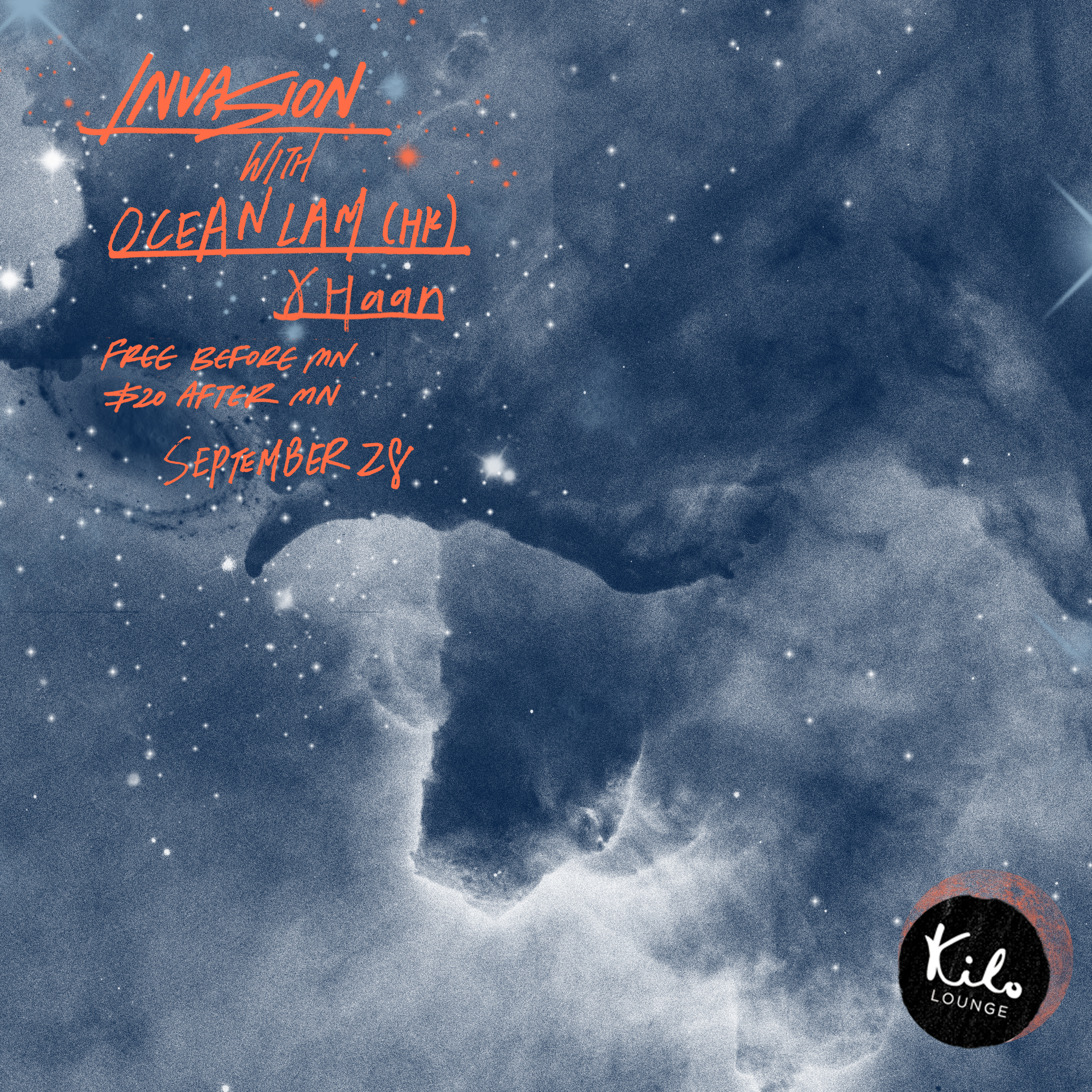 Invasion reboots with a fresh lineup of DJs, gracing the decks of Kilo Lounge with a taste of some of the best from around the region.

In only a few short years since her 2008 debut, Ocean Lam has positioned herself as one of the leaders in Hong Kong’s electronic music scene. A former resident at Yumla, she has moved on to start two successful and distinctly different monthly nights at the famed Bassment Bar: FoxTrot, an all-female DJ night grounded in fun vibes; and Humdrum Hong Kong as well as Hypnotic hosting international stalwarts including Ryan Elliott, Oskar Offermann, Deetron, Dirt Crew, Dave DK, Glitterbug, I-Robots, and Till von Sein, to name but a few.

Outside of her own Hong Kong events, Ocean has been the go-to choice to support other international names like Sven Vath, Jimpster, Efdemin, Namito, Luke Hess, Till von Sein, Axel Boman and Marko Furstenberg…She has had headlining slots at Hong Kong’s biggest music festival, Clockenflap, for three years running, Wonderfruit in Thailand and has been booked for corporate events for global brands such as Chanel and Dolce & Gabbana. Her performances abroad in places like Berlin, Sweden, Amsterdam, Belgium & Spain… as well as her recent releases on Beatport have given the world a reason to keep an ear towards Hong Kong’s blossoming electronic underground.

Since 2010 she’s released two singles on Yumla Records, “Weirdos” and “Is All She Wants”, as well as 2013’s “Loosen Up”, released on Typhoon 8 Records. 2014 will see Ocean move on from the Humdrum collective to launch her solo event “Hypnotic”, complementing her semi-regular podcast of the same name. She is also music director for Social Room, a new underground club in HK from the Bassment crew, manage all the booking and line up.

HAAN
With almost a decade’s worth of experience behind the console, it was his passion for vinyl records that kick started the self-taught DJ’s career. Since then, Haan has developed a unique style of house and techno music that’s brimming with groove, taking him across the deepest and darkest corners of the island’s clubbing circuit. Describing his sound as dark yet melodic, Haan quotes the likes of TIN MAN, Redshape, Locked Groove and Broken English Club as his musical inspiration. Staying true to his style—one that transcends genres—he brings it in a big way to the most discerning of dancefloors.

Recent years have seen Haan on an upward trajectory, paving his way to become a household name in the local nightlife scene with new heights and adventures. He caught the attention of TropicLab and was invited to join the collective. He was also on the bill for Super 0’s Openair Festival and things quickly escalated from there. He also ran his #ashtag nights at Kilo Lounge and Leftbank at Cato Singapore.