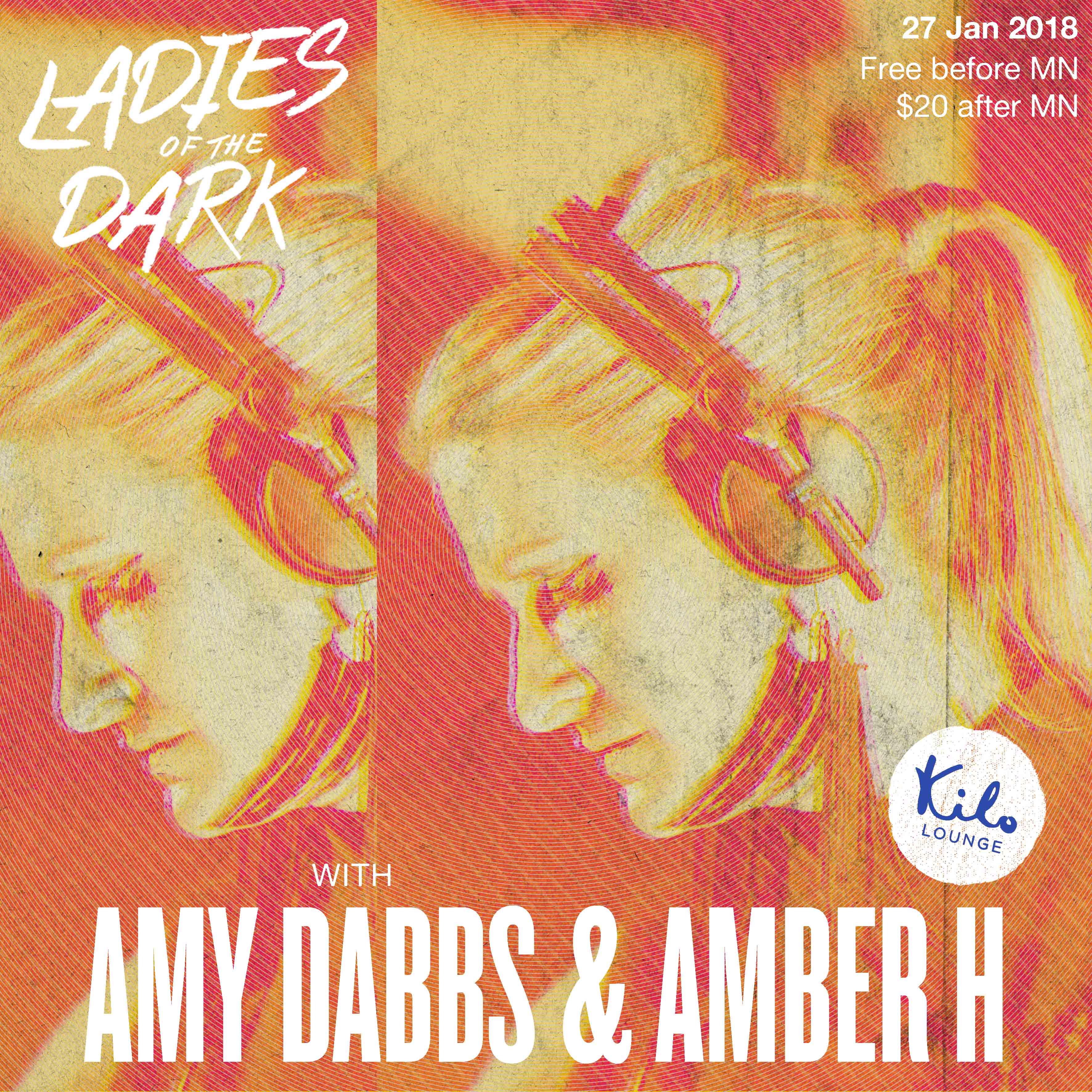 Ladies of the Dark with Amy Dabbs & Amber H

AMY DABBS
Having moved to Singapore from London two and a half years ago, Amy has been steadily making a name for herself on the other side of the globe, playing at renowned Singapore venues including Kilo Lounge – where she is resident for all female DJ night ‘Ladies of the Dark’ – Tanjong Beach Club, Kyo, and HQ amongst others. With her boundless energy behind the decks and over a decade of DJing experience behind her, Amy is also a regular face spinning at pool parties, street parties and boat parties around the city. Prior to relocating to Asia, Amy has played at some of London’s hottest clubs, including Egg, Pacha and 93 Feet East, and has also graced the decks at Alpfresco ski festival in Austria.

After making her artist debut with ‘Lost City’ on esteemed Italian label Rebirth in 2014, and subsequently remixing Violent Romance on Secret Life Music, Amy has continued to evolve and master her own sound over recent times. Her most recent release came in the form of her own artist EP ‘Reprieve’ on New York’s i!Records, which was followed up with remixes from fellow UK producers Death on the Balcony.

AMBER H
Amber Ha originated & grew up in her hometown Karachi, Pakistan but moved to America (New York and Washington D.C) before finally relocating to Singapore in 2011. It was when she first moved to DC, Amber’s passion and love grew deeper into the electronic music scene, influenced by the sounds of Deep Dish during their residency at Club Nation. She then started expending her love for the scene during her travels to NYC during the weekends to catch the dynamic duo, Danny Tenaglia & Danny Howells, at clubs like Vinyl which also strongly influenced her to get her first Technics 1200s DJ with vinyls.

Amber has then been hitting the decks ever since and is keen to explore new grounds in her current hometown Singapore with fresh cutting edge electronic music that is sure to get the vibes right and crowd ready. She aspires to elevate her mixes by incorporating live elements where possible, yet keeping all dimensions techy with chuggy bass lines and hypnotic grooves in between. Amber previously held a residency at the La Terraza bar in Ann Siang Hill and has played at several underground venues in Washington D.C., as well as the more notable Sullivan Room in NYC.