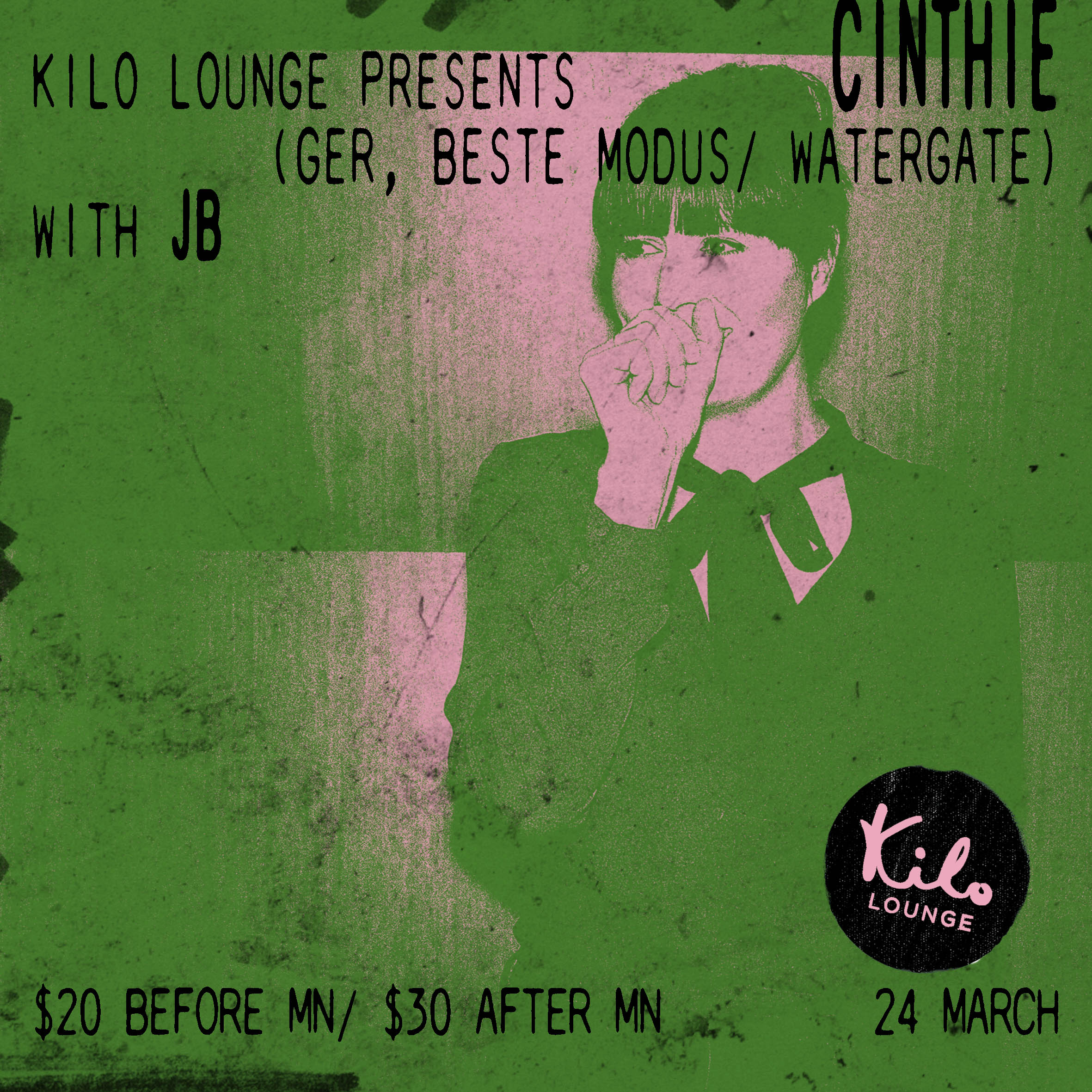 Cinthie is a Berlin based DJ and producer, and the creative mind behind the Beste Modus and Unison Wax record labels. A well-known figure in the German capital’s house scene, Cinthie’s career began as a teenager spinning records at clubs in the 1990s, before going on to sign with Low Spirit Recordings at the turn of the century and finding herself in demand at parties everywhere from Moscow to Mexico. These days Cinthie is a resident at [IPSE] and Humboldthain Club, where her vinyl-only DJ sets and intuitive ability to weave deep-yet-bassy mixes have seen her become a figurehead amongst the next generation of German house music virtuosos.

Along with Diego Krause, Ed Herbst and stevn.aint.leavn, Cinthie represents the Beste Modus / Beste Freunde collective. Linked by a shared penchant for good house music and a love of Berlin’s unending parties, the crew have already pressed four eagerly-sought-after white label 12″s together and been snapped up by Watergate for a residency at the famous club. Along with Krause, Cinthie also runs Unison Wax, a vinyl-only label dedicated to unpretentious, floor-ready house music. Launched in 2014, the imprint’s inaugural record gained international press attention and went onto become one of the year’s word of mouth successes.

If that wasn’t enough, Cinthie also owns and runs the ‘Stasi Studios’ complex – so called because the building once functioned as a Stasi office. Now home to figures such as Rødhåd, Ben Klock, Roman Lindau, Gebrüder Teichmann and others, the studio has established itself as one of the city’s most singular corners of dance-music creativity and is set to expand its space in 2015 to accommodate an increase in demand. With nearly two-decades of expertise, Cinthie’s talents as a DJ, producer, label owner and studio boss position her as one of the German capital’s most consistent house music figures. What’s more, with Beste Modus, Beste Freunde and Unison Wax all positioned to enjoy their biggest year yet, Cinthie’s status as one of Berlin’s foremost dance-music innovators shows no sign of letting up anytime soon.