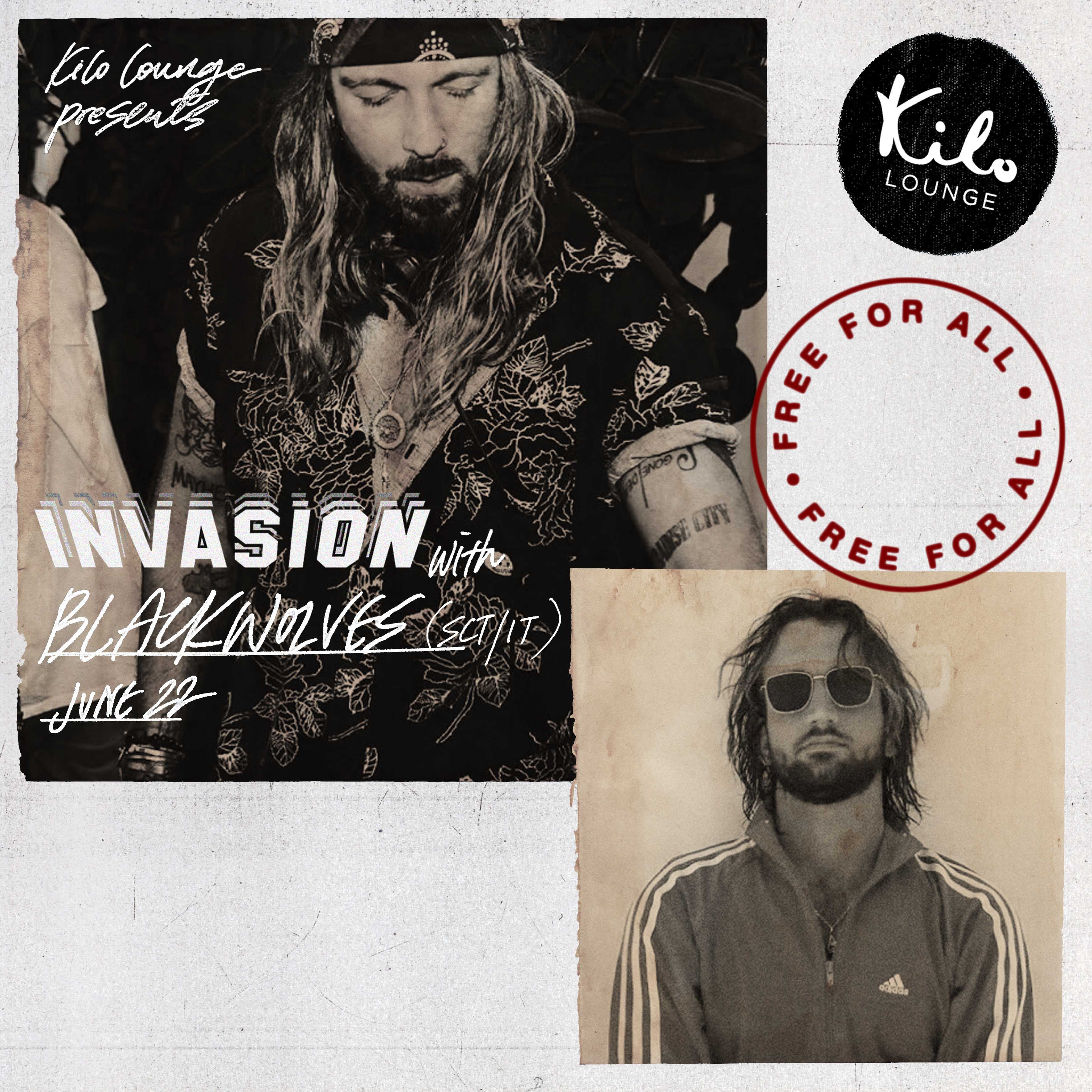 Cover Charge: FREE FOR ALL

Invasion reboots with a fresh edition come 22nd June, featuring up and coming DJs from all around the region, with Blackwolves gracing the decks for the night’s return to Kilo Lounge.

Stuart Matheson and Marco Baglione have been DJing, producing and organizing parties since the age of 15, beginning in their native cities Glasgow, Scotland and Sicily, Italy respectively. By the age of 18, they were touring the UK club circuit, and at the age of 23, packed up and moved to Sydney, Australia to tour with Sneakysoundsytem while simultaneously running the notorious weekly Love Gun party at the DragonFly Club and Secret Boat Parties. They then opened the internationally known Lady Lux Club in Sydney’s Kings Cross from 2003-2009, which had won best Australian Nightclub of the year 2003-2006.

In 2009 they moved to NYC and have had residencies at Bow, Le Baron, Riff Raff’s, Red Egg, The Soho & Tribeca Grand to name a few. Currently residing in Bali, Indonesia, they run their own weekly party 528 Hz at Da Maria on Sunday nights, playing alongside some top international names such as Jamie Jones, Guy Gerber, Laura Lane, Kaz James, Garry Todd and many more. They spend most of their time now in their studio producing new tracks for their project BLACKWOLVES, merging elements of Deep House, Tech House, Techno and Disco into their sets.