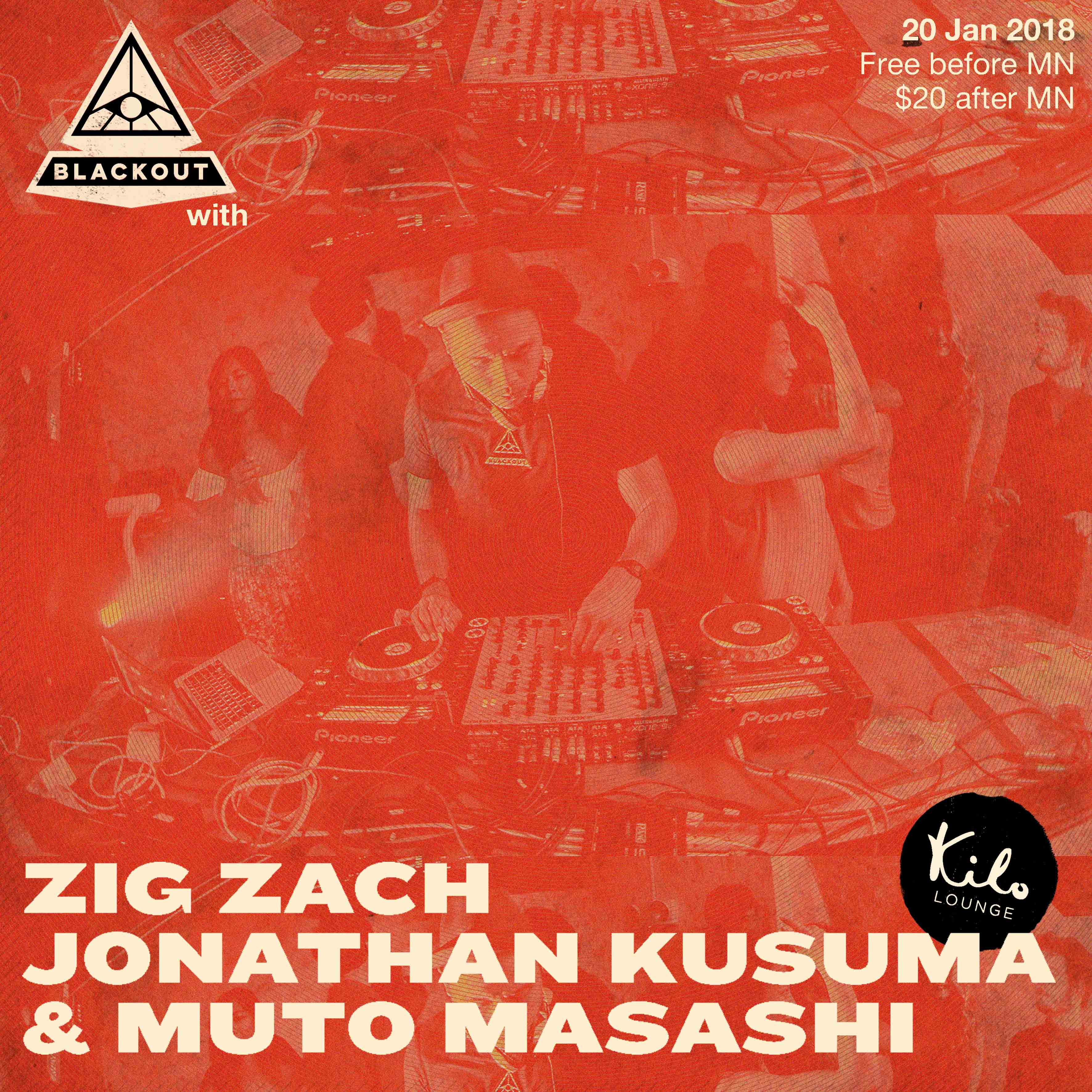 BLACKOUT (Singapore) has built a strong reputation in Singapore and is known for its quality music and forward thinking acts. Consistently bringing in interesting acts and introducing new sounds to the avid music lover.

ZIG ZACH
Zig Zach is known for his versatility and talent to adapt his music to suit different venues without ever compromising his sound and style. From the chilled out sunset sessions to the late night after party, his sets will take you on an unforgettable journey. He has warmed up and shared the decks with international acts such as Mano Le Tough, &ME, Rampa, Culoe De Song, The Drifter, Baikal, Matthias Meyer, Hyenah and many more.

As a promoter and event organizer, his relentless hard work in throwing unique parties around the island has established himself as a key figure in the local House and Techno scene. His parties have been making waves both in the Regional and International dance music community. Under the BLACKOUT flag, he runs 4 notable parties across the island, Blackout (Kilo Lounge), Outcast (Boat Party), Sessions (Rooftop Pool Party) and his latest project, Escape 56, which hosts pop-up events at unique locations all over Singapore.

Muto Masashi
Muto Masashi is a Singapore-based DJ hailing from Kobe, Japan. He grew up surrounded by old local funk, disco grooves that turned into an enthusiasm to dance music. He has been weaving his music selections through disco, soul, funk, techno as well as all kinds of electric music.
From old classics to new hideaway gems, he puts variety of music on the deck to make lustful and emotional musical journeys. Muto has been playing at a number of Singapore’s leading party spots such as Headquarters by Council, Camp Kilo Charcoal Club amongst others.