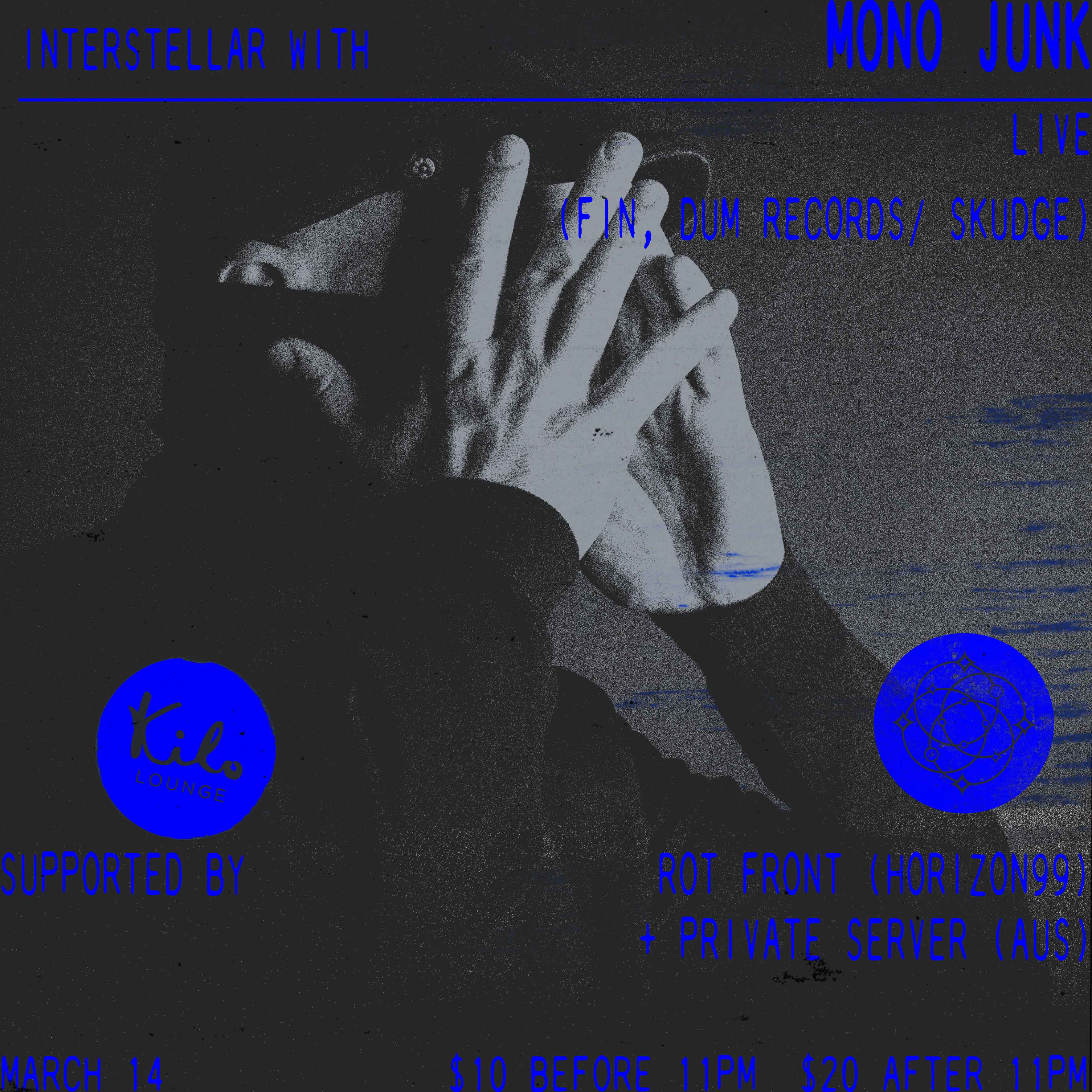 KIM RAPATTI a.k.a MONO JUNK
Kimmo Rapatti was born in 1969 in a small town called Imatra in the south east of Finland, a few kilometers from the Russian border. Kimmo Rapatti is now based in Turku. He is the man behind some of the earliest electro and techno productions ever made in Finland, a true underground veteran.

It wasn’t just Daniel Bell, Basic Channel & Robert Hood who paved the way for the current minimalistic raw techno that emerged during the 90ties. Dum Records played a very important role in this. In 1992 he started the label Dum Records where he had a platform to allow his own input. Together with Sahko, Dum Records were the first techno labels from Finland. His music can be defined as ‘raw analogous minimal icy dark techno woven together in an experimental and hypnotic stone cold form’, keeping in mind the seemingly endless winters in Finland. Kimmo is responsible for some of the earliest techno productions ever emanating from this very special region of Europe, known for its remarkably high quality music scene.

Ever since then, Kimmo Rapatti continued producing and (re)-defining the sound of electronic music as a dedicated pioneer, being responsible for many renowned and beloved classics.
His most famous track “Melody Boy 2000 – Monotonous Fantastique” is considered by experts and tastemakers as one of the best Finnish techno tracks ever made. Up until present times, Kimmo never used any software programs for his productions, and he swears he never will – which is why he’s known to be called “Analogue Junkie”. After a small hiatus, Mono Junk is back, making credible appearances on the labels Forbidden Planet and Skudge Records, while also intensely working on his live performance. In both his dynamic performances and productions, his signature sound is a deep, dense mix of noticeable influences from Detroit, Chicago.