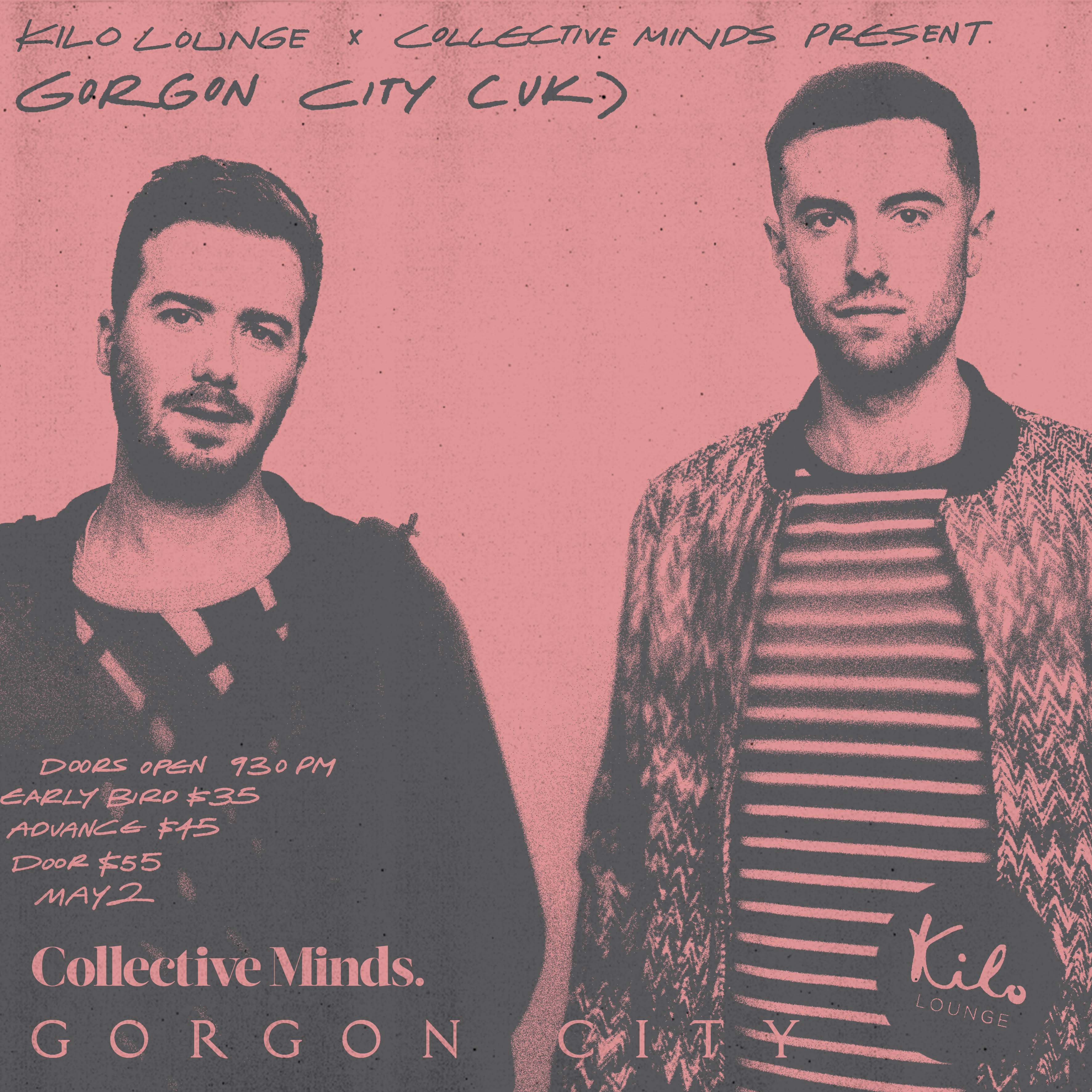 We’re excited to annouce another epic Wednesday night at Kilo Lounge. Playing to enormous crowds of dedicated fans around the world, Gorgon City are today among the biggest names in UK clubbing. Having established themselves as one of the most in-demand acts in the industry, the duo have enjoyed stellar success thanks to their unique blend of bass-driven house music and addictive vocals.

We’re thrilled to have them perform in Singapore on May 2, as part of their World Tour!

The UK duo, consisting of Kye Gibbon and Matt Robson-Scott, have developed a huge international presence, playing to enormous crowds of dedicated fans around the world.

Following their debut single releases on Black Butter Records in 2012, things went into overdrive in 2014 with the release of their album ‘Sirens’ which also birthed their huge single ‘Ready For Your Love,’ ft. MNEK, peaking at #4 on the UK chart. The album marked a pivotal moment in the duo’s career and spawned five more UK hit singles through tracks like ‘Here For You’, ‘Unmissable’ and ‘Go All Night’, which all achieved Top #20 positions in the UK Singles Chart.

The pair have continued to thrive in recent times with their recent Duke Dumont collaboration ‘Real Life’, providing the soundtrack of summer 2017 from the UK to Ibiza and beyond. Equally adept at catering to the underground scene, Gorgon City have showcased their prowess for more rugged, minimalistic beats, through club-orientated releases, on Crosstown Rebels and Suara, proving their diversity in both sides of the scene.

Matt & Kye’s ‘Kingdom’ party brand sees a return to their roots where they play extended DJ sets instead of the full live band, channeling the essence and energy of the UK’s underground house and techno scene. The global event series has previously seen sell out UK, USA and European tours as well as hosting their own Kingdom Stage at SW4 and legendary party at The BPM Festival in Mexico with Kerri Chandler, Solrado & Latmun.

Having enjoyed a seminal couple of years, Gorgon City have channeled their roots in London club culture to emerge as a theatre-filling, chart topping live act. From grimy London basement rooms to headlining NYC’s Central Park & Brixton Academy in London, plus a residency at Amnesia Ibiza, it’s been a prodigious ascend for an act birthed in the UK’s underground electronic scene, with the
future only hinting at further success on their meteoric rise.