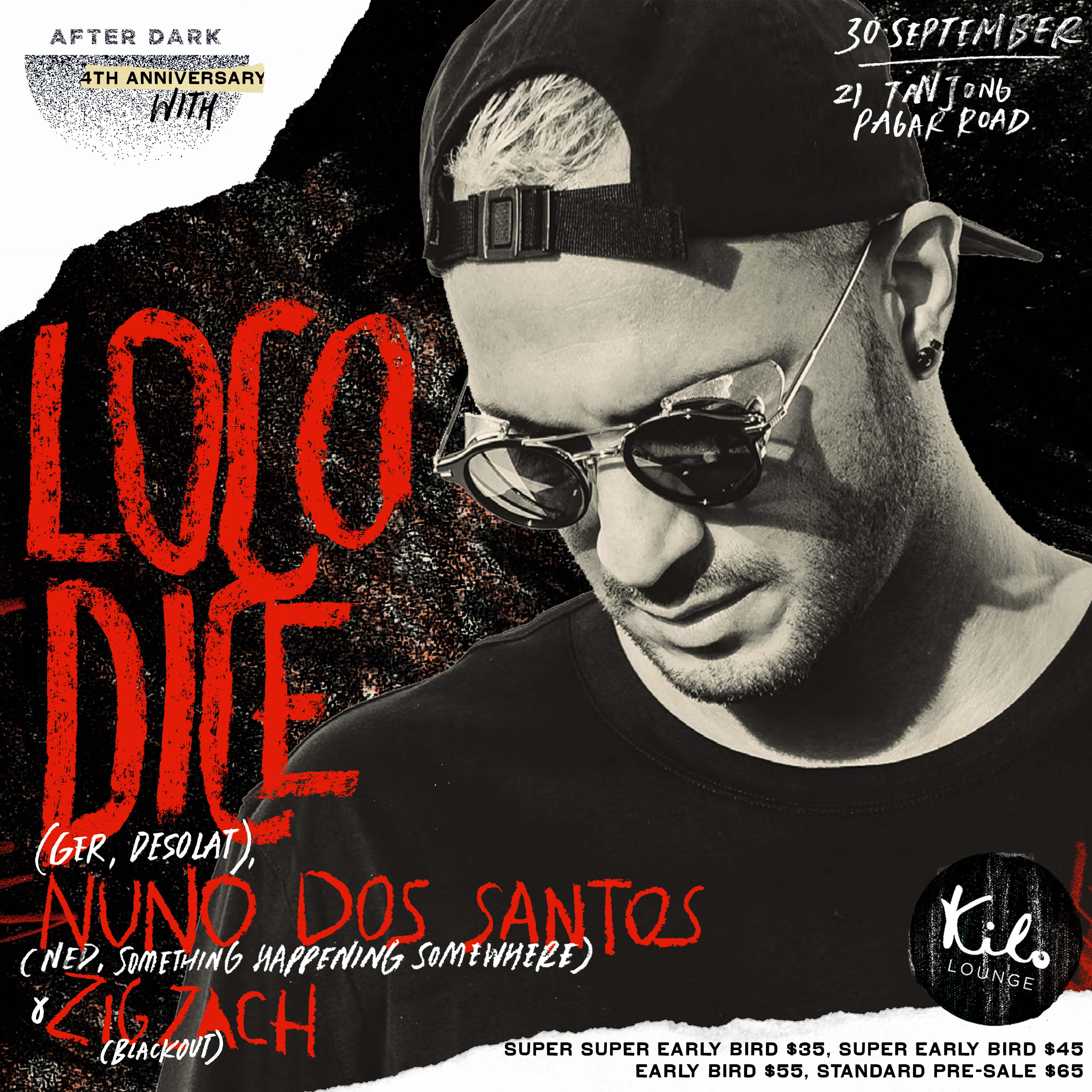 LOCO DICE
Every so often a DJ or producer comes along who inspires the collective imagination. Loco Dice can puzzle together intangible moods with a direct approach. Via his DJ sets or his productions on labels like M_nus, Cadenza, Ovum, Four Twenty and Cocoon, he merges perspectives in his delicate sense for sounds and reflective atmospheres, underpinned with solid, physical grooves inspired by the hip hop that was his early sonic stomping ground in the mid- to late ‘90s. There’s something there for the dreamers, as well as for the 9-to-5ers who just want to lose everything in a moment of abandon on the dancefloor.

It’s a directorial, cinematic outlook, which permeates Dice’s everyday life, and comes not just from the outlandish escapades and scrapes that he has sometimes found himself living out in real life. It also stems from elaborate film scripts imagined as a young Loco Dice on the streets of Flingern in Düsseldorf and the Kerkennah Islands in Tunisia. This continues to be a habit of Loco Dice’s today: to close his eyes for just one minute, and see a whole cornucopia of scenes and atmospheres.

NUNO DOS SANTOS
Nuno dos Santos is a Dutch/Portuguese DJ, music producer behind underground hits like ‘Hamming’ and head honcho of his rising record label Something Happening Somewhere. Born in 1976 in Lisboa but growing up in The Netherlands, Nuno was influenced mainly by electronic music from an early age on and was selected to participate in the acclaimed Red Bull Music Academy in Dublin in 2000. Having outlined his own interpretation of electronic music saw Nuno rise to prominence and in the last few years established more firmly by the success of SoHaSo. Whether it’s running his own label, producing music, or DJing, you can feel that Nuno is utterly in love with what he does.

Being the curator of Something Happening Somewhere, the label has a strong independent musical voice, releasing music by likeminded artists as Love over Entropy, Kiani & his Legion and Polynation and remixes by Dixon, Fatima Yamaha and The Drifter. With a strong hallmark on quality control, the label releases only a few carefully handpicked records each year. Wrapped in their unique artwork cover, which serve just as well as paintings on your living room wall, they all feature their own little world to get lost in. International label showcases around Europe and beyond further enforce the vitality of the label and proof of Nuno’s abilities as an important key figure in modern dance music.