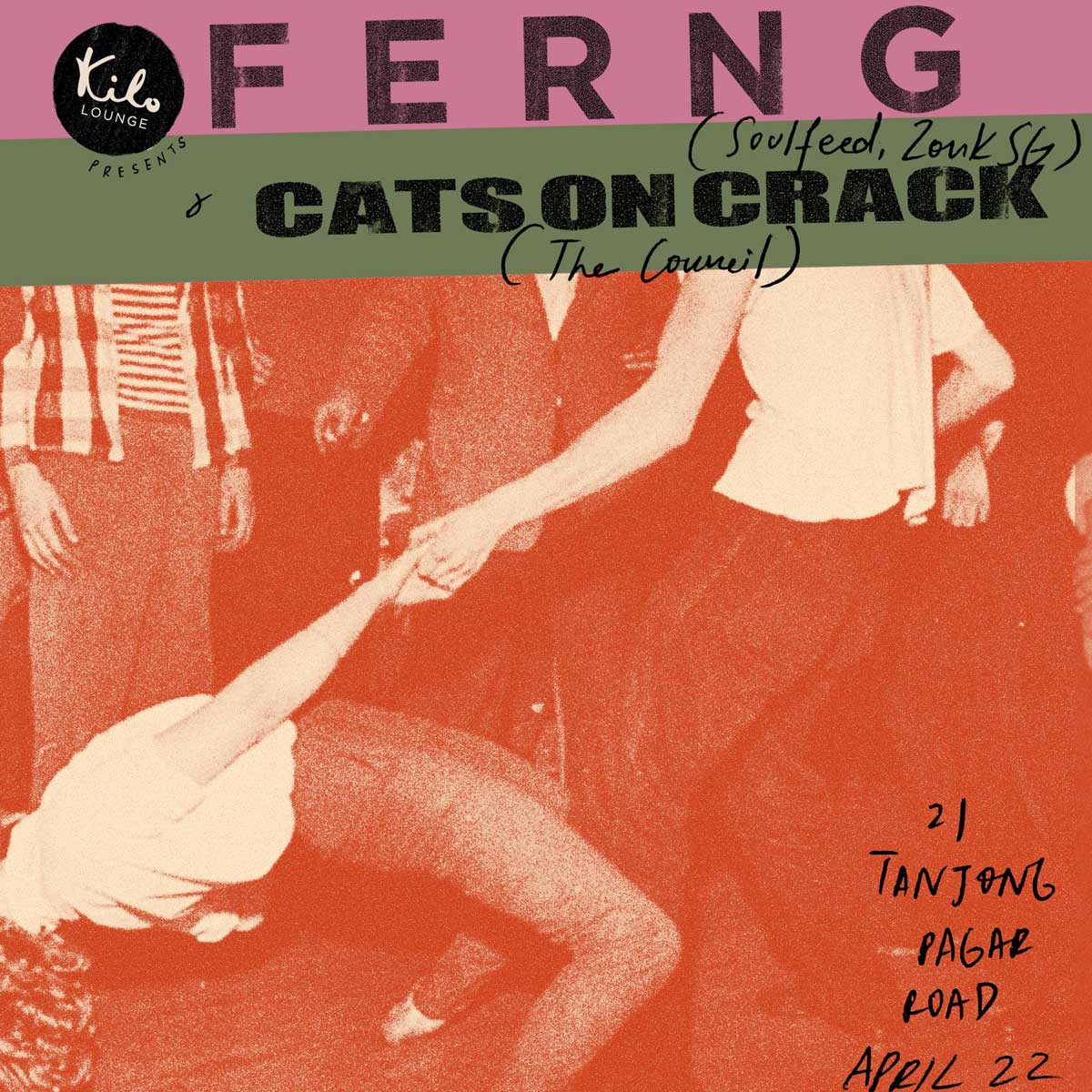 Ferng is a veteran in the local clubscape with over 20 years of experience behind him. Currently anchoring Zouk’s house/techno night Soulfeed, he has opened for heavyweights such as Sven Vath, Chris Liebing, Dave Clarke, Hot Since 82, John Digweed and Carl Craig amongst others. He was involved in the creation of the ZoukOut 2011 Mix CD together with Karizma released by Defected Records, and has played at legendary clubs and festivals across the world from Pacha (Ibiza), Cafe Mambo (Ibiza) and Rex (Paris) to Nuits Sonores Festival (Lyon, France).

From dangerous disco ditties to the ends of mind warping techno, CATS ON CRACK is a mew-sical journey personified. Since graduating from the FFF Girl DJ Bootcamp, CATS ON CRACK has been spreading her gospel of good vibes far and wide. Her sound—an ever-evolving melting pot of beats inspired by the likes of Matthew Dear, Damian Lazarus, Adriatique, Bella Saris, and Catz ‘N Dogz—has brought her behind the decks with personal legends such as KiNK, Dixon, DJ Tennis, tINI, Peggy Gou, Nakadia, Cassy, Danny Daze, Anoraak and more. CATS ON CRACK also plays in the big league, having conquered festivals like ZoukOut (2015, 2012), Super 0 Season (2015) and Tanjong Beach Club’s Full Steam Ahead (2012). Not one to rest on her laurels, she’s gone on to bigger ventures with partner-in-crime Clement Chin–beginning with The Council, an events and artiste management agency, and Headquarters, a house and techno club hidden in the underbelly of Boat Quay, Singapore.