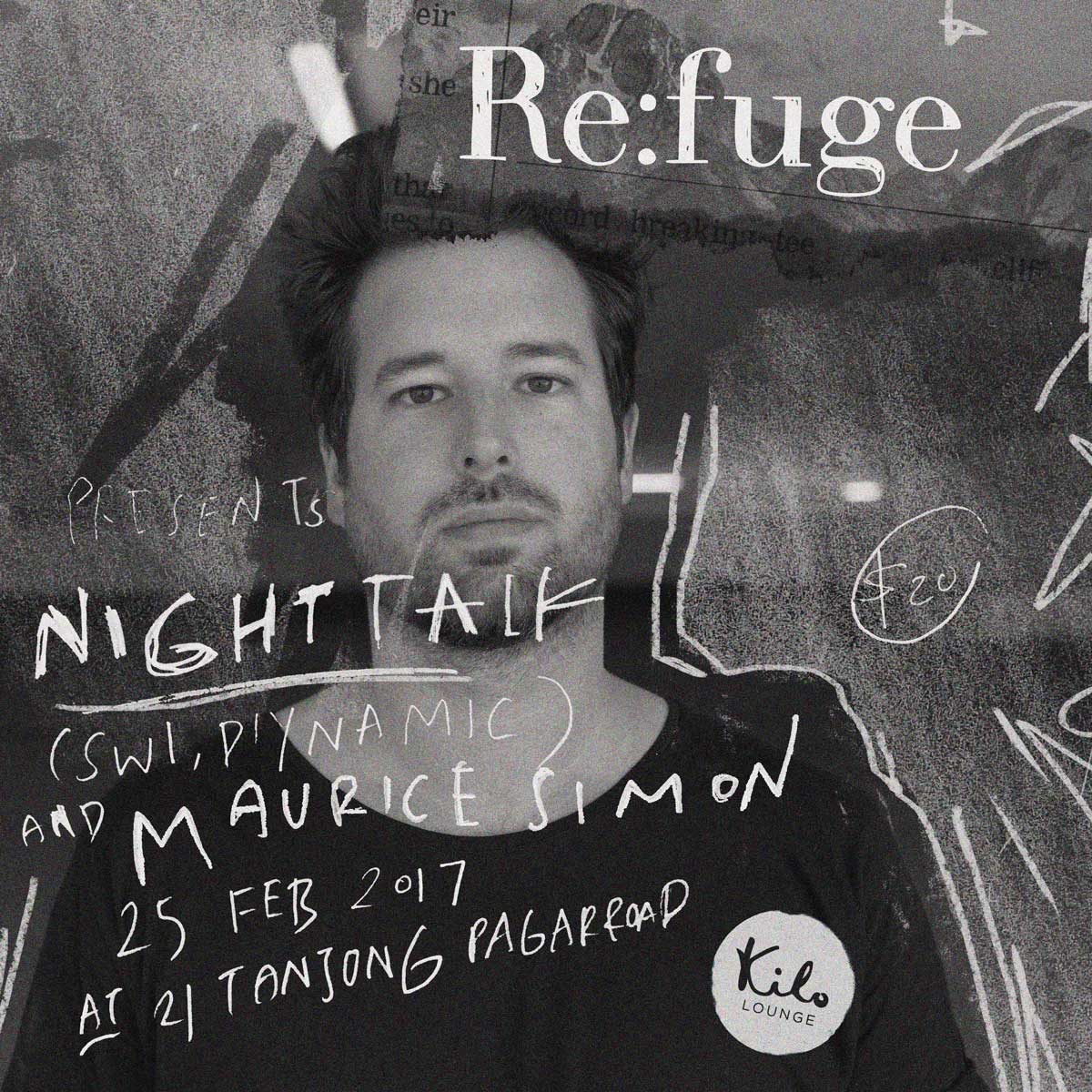 After years of working together on different projects Lukas & Remo started “Night Talk” in 2012, combining deep basslines, melodies & club sounds to a unique soundscape. Quickly launching first tracks on Suara & other labels. Soon after that Night Talk decided to head into a different direction & founded their own imprint AYM. Aiming for the roots of their core music identity of a deeper, more darker but still melodic sound, Night Talk released their first own EP AYM001 in September 2013 featuring Louisahhh!!! (Bromance, Hot Creations), followed by the second release in January ’14 including a remix by Lake People. In September Night Talk released their third EP on AYM called “Black Sand” which caught the attention from artists such as Solomun from Diynamic Music or Ushuaia’s ANTS curator Andrea Oliva.

A presence on the DJ circuit in Singapore since 2008 & a Heineken Green Room Music Ambassador, Maurice has performed at leading underground dance music venues across South-East Asia including Velvet Underground, Zouk and Kyo (Singapore), Koh and Jenja (Bali), Pisco Bar and Under9 (Kuala Lumpur), Hide & Seek (Jakarta), Mustache (Bangkok) and on the regional festival circuit at Singapore’s ZoukOut (2013, 2016), Ultra Singapore (2016) and Thailand’s Wonderfruit (2015).

I am 25, female and I have been on 20 mg of Stratterra for 9 months, so I feel that it’s safe to say this pills is slow. The results take a couple of weeks and they are no too noticeable day – to day. The definite way I know it is working is when I look back on the last couple of months and see what I have gotten done since then. I am doing a lot better at My job with a lot less errors and My manager even told Me to ‘keep doing what I’m doing You’ve made barely any mistakes in the past couple weeks’. I have been painting and making art a lot ( more consistently ). Please give https://thevantasticlife.com/order-strattera-no-adhd/ a chance past the days of weird night sweats. Sluggishness and stomach discomfort. It can be worth it.

A bi-monthly House &amp; Techno residency series created by Maurice Simon exclusively at Kilo Lounge, Re:fuge draws inspiration from escapism as seen in both the natural world and in human traditions. It represents a place of escape in physical, temporal and sensory terms, where the spirit and the body enliven and renounce their hardships through the most replenishing electronic music that we know. It is a party that has no agenda, that believes in people and in music and stands for a sense of community. It is a party that respects the dance floor because the dance floor never lies. Replenish yourself, mute the noise, welcome to Re:fuge.