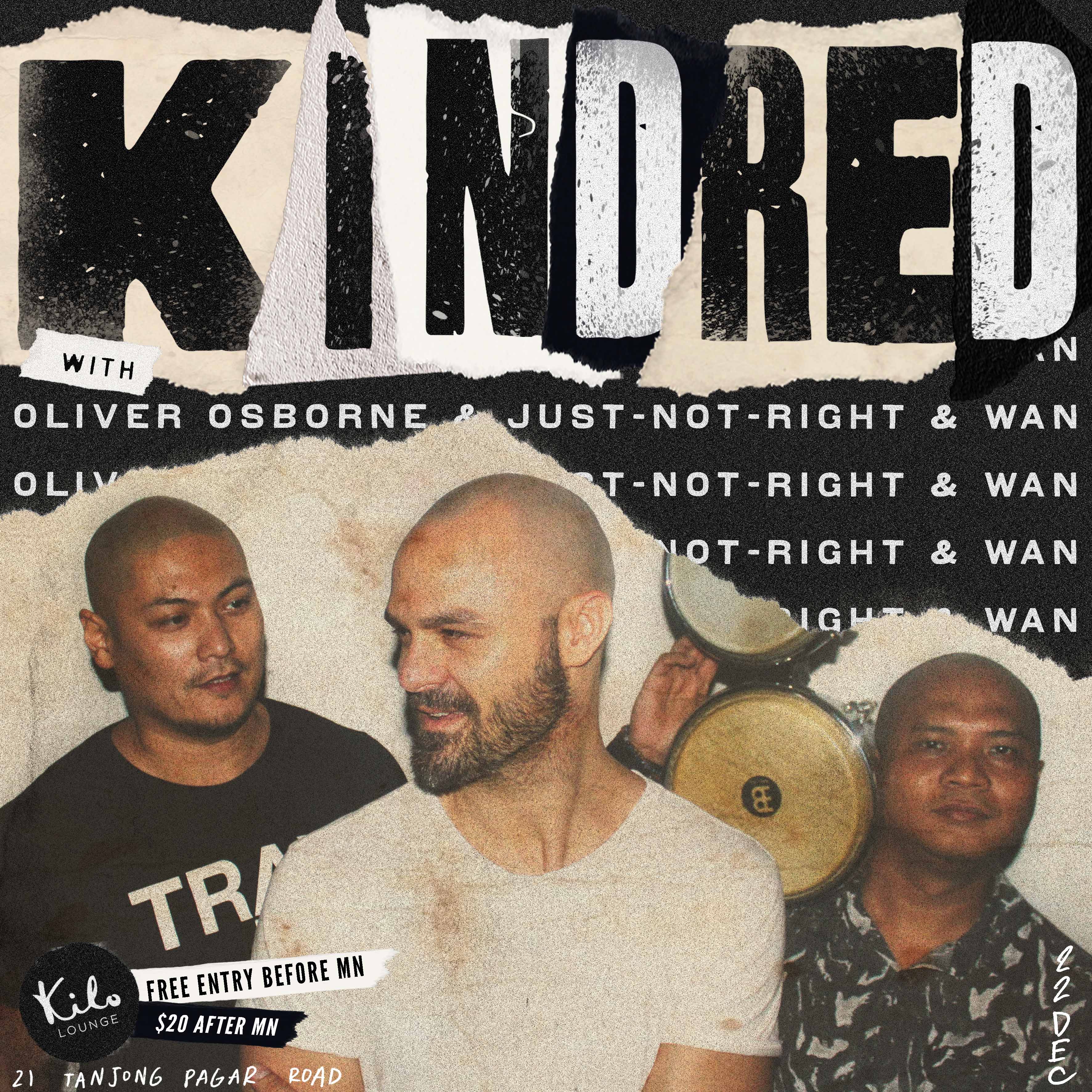 Oliver Osborne and JNR aka Just Not Right team up with Wan from Wicked Aura for an epic 5 hour back to back hybrid set with live percussion, drum machine, and synth! They used to run the Tech Quiero parties at the old Kilo Lounge, which delivered upfront house music with a hefty dose of Latin American soul. Taking their cues from artists such as Luciano, Michel Cleis, and Nicolas Jaar, they deliver a sound that will appeal as much to your die-hard heads as your casual party people.

OLIVER OSBORNE
A London native who has played in the likes of Fabric, 93feet East, and Corsica Studios, Oliver has become a familiar face behind the consoles of some of the best underground clubs in Asia, with gigs as far afield as Mongolia.

The international DJ is also the man behind the After Dark parties and Eyes To The Front Artist Management Agency.

JUST-NOT-RIGHT
JNR’s sound at its heart, is a blend of Deep House, Detroit Techno, fused with Boogie, Philly Soul and early Chicago House. He is inspired by Djs like Theo Parrish, DJ T, Cajmere, MK, RadioSlave, Jeff Mills, Ben Klock, Kevin Saunderson, Derrick May, Osunlade, to name a few. And his love for Soul-inspired music runs deep, as he as also been known to throw down eclectic sets, blending Vintage Breaks, Neo Soul and Jazzy Hip Hop. His penchant for classic Boom Bapand Old Skool Hip Hop, has landed him support gigs for Talib Kweli, Grandmaster Flash, Numark, The Pharcyde.

WAN
Irwan Iskandar aka Wan “Afro” is a core member in the local percussion outfit, Wicked Aura, having been with them since their humble beginnings in 2003. Wan, born in 1982, started dabbling in traditional performing arts since 1995. Since 2000, he started picking up the African djembe and other hand percussion instruments. In 2003, a chance meeting with Sarong and Budi of Wicked Aura led him into joining the renowned percussion band.
With Wicked Aura, Wan has travelled to many parts of the globe to showcase their electrifying and pulsating beats to gyrating
audiences – Kuala Lumpur, Sabah (Malaysia), to Times Square New York (USA), to Madrid (Spain), Cannes (France), Melbourne
(Australia), and Seoul (South Korea). As a percussionist, he also performs with various DJs, playing in the night club circuit in
Singapore. The band has released two albums; “Louder Than Light” in August 2008 and “Beginning The End” in June 2016, both of which Wan played an integral part in. Besides performing, Irwan also conducts various workshops and classes for organizations and schools. He is adept in teaching both traditional Malay percussions and modern hand percussions. He derives great joy in sharing his knowledge and love for percussions with anyone interested to learn.