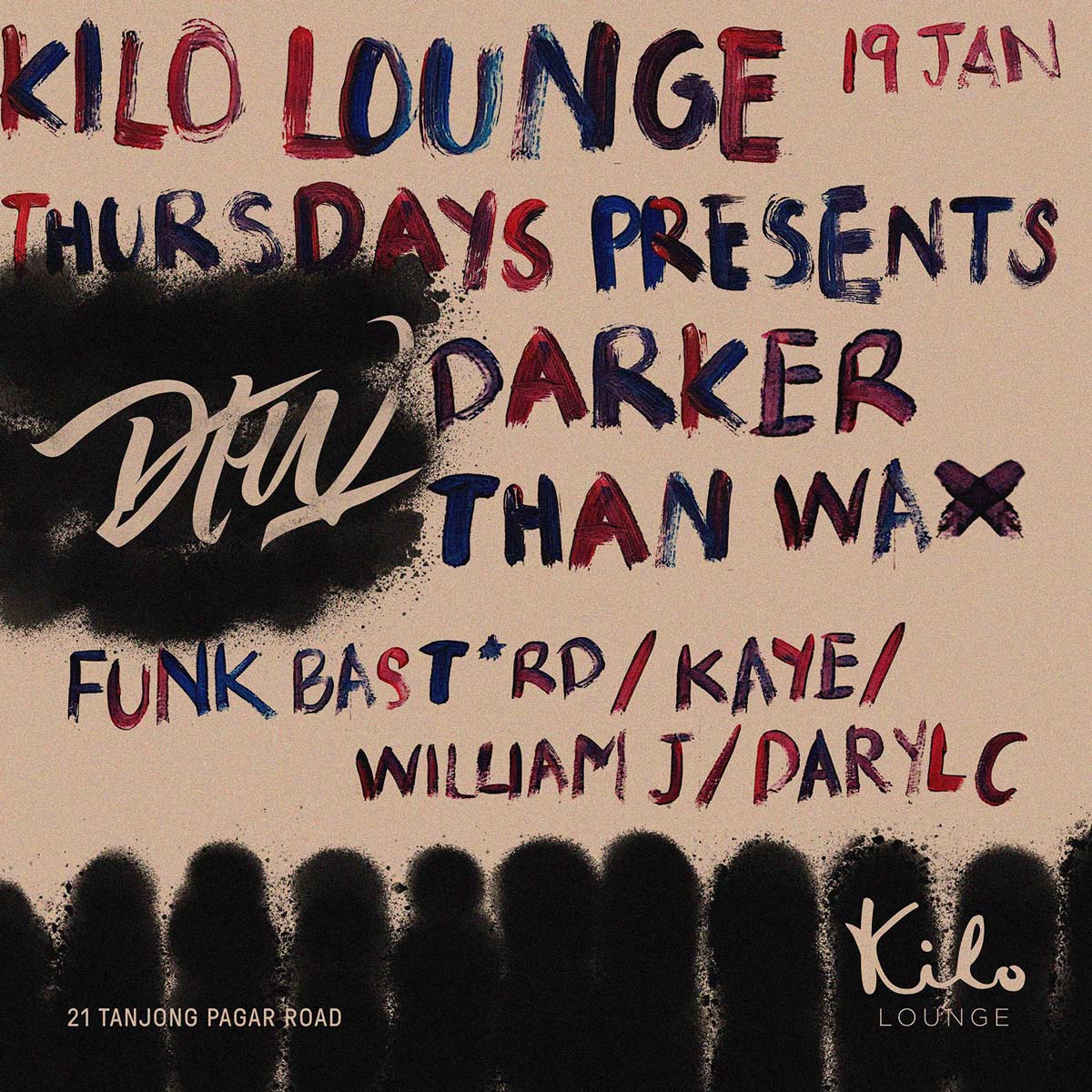 Known for their distinctly diverse sounds, you can expect a typical Darker Than Wax event to take you on a musical journey that will meander from Disco to Boogie, Afrobeat to Techno, Grime to Hip Hop, and everything in between – with a whole lotta Soul to keep the groove rolling.

Kaye
Kaye is arguably one of Singapore’s most versatile and ever-evolving musicians. Over the decades, he has morphed across the performance spectrum—from bands to DJing to live sets with computers involving anything, and blending everything from his trusty saxophone, to the EWI, vocoder, midi controllers, drum machines, analog synths and more. His lightning-quick improvisational reflexes have enabled him to jam alongside many other producers and DJs who were open enough to let him join in their sets without any prior rehearsals. KiNK, Basic Soul Unit, Linkwood, Motor City Drum Ensemble, San Soda, Kerri Chandler, Kyoto Jazz Massive, Russ Dewbury and Dam Funk are but a small selection of worthy mentions.

Funk Bast*rd
Earning praises from a worldwide range of selectors that include the likes of Dam-Funk, Tama Sumo, San-Soda, Mike Huckaby, Jamie XX and 2562, Dean aka the Funk Bast*rd (one half of the Cosa nostra duo and co-founder of Singapore-based label Darker Than Wax) has been tirelessly pushing and promoting an alternative expression of leftfield music through his widely eclectic and genre-bending sets.
His musical selection, which traverses between a huge variety of musical genres like deep jazz, soul, funk, boogie, brazilian grooves, deep house, hip hop and bass numbers have left many indelible marks on the dancefloors.

Daryl C
As with most love affairs, Daryl C’s liaison with electronic music was honed and fostered in the bedroom, where he first began his knob-fiddling pursuit some eight years ago. Levelling up through years of homemade mixtapes and midnight musical musings, Daryl C has now become a regular fixture in Singapore’s club circuit with an ever-evolving selection stockpile to keep feet moving.
Under the cover of night, Daryl C has built up a solid presence behind the decks, delivering sonic chops by way of his signature funk, soul and jazz-infused deep house and a mixed bag of tech-house and disco beats. From kyō to Kilo, Tanjong Beach Club to ZoukOut, Loof to Velvet Underground – Dance, he has plied his trade throwing it down at some of Singapore’s nightscape’s most iconic venues with his deft fingerwork. As they say, the party’s just getting started and Daryl C is going to keep on keeping you up the best way he knows how. Just wear comfortable shoes.

William J
Introduced to sound system culture and pirate radio while living in the UK in 2008, an obsession with early Dubstep and Grime pushed William J to get involved in underground music.
After quietly building his tastes and skills for years, William J’s hybrid sound blends together a diverse range of styles, including UK Bass and Funky, old school House and Garage, Bmore, Dancehall, Footwork, Jackin’, Grime, and everything in between.