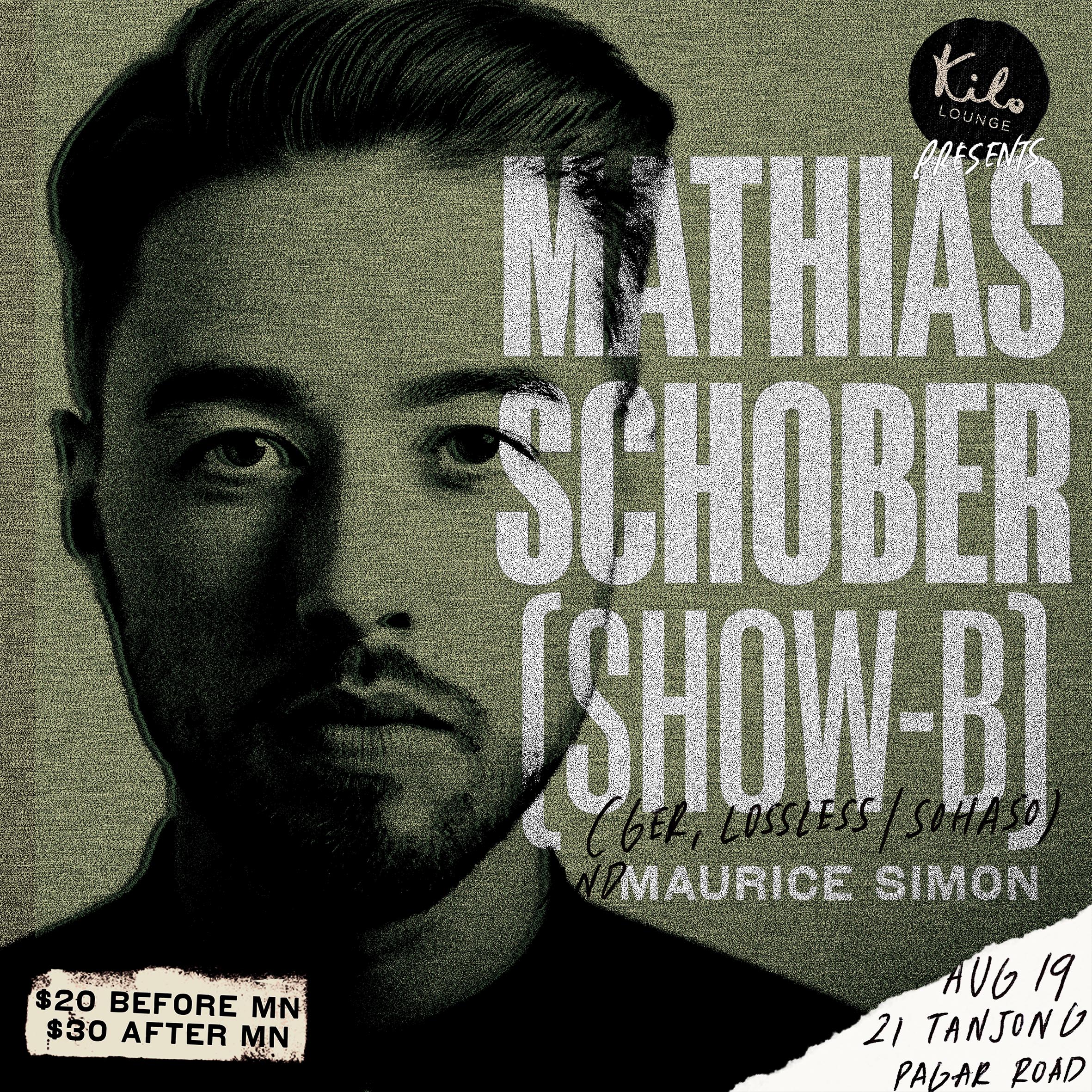 Berlin-based DJ/Producer Mathias Schober is a man of a thousand disguises, it seems. Whether releasing under his full name, or aliases such as SHOW-B, SB, Mathias’ records consistently find themselves into the record boxes of the most highly esteemed DJs of the world such as Sven Väth, Dixon, Mano Le Tough, and Âme.

2016 saw Mathias Schober back on his very own imprint and mothership, Lossless. Deciding to consolidate his many guises, his “According To” EP will be released under his Mathias Schober monicker, and continues the story of the sound developed by the young producer. The sequel contains two cuts in two versions each blurring the boarders between House and deep, futuristic Techno with a dark, whining synth topping.

As a label, Lossless has proved to be an impressive platform in its own right, garnening heavy rotation from the mainstays of the scene, and paving the way for artists such as Love Over Entropy, Trikk, and Anthony George Patrice.

2016 was also the birth year of Lossless’ bosses – Thomas and Mathias release as SBTH – second EP ‘Ribolla’ – which found it’s way in many of the big guys playlists.

2017 is definitely no step back with several remixes for Eskimo Recordings, Chapter24 or Suara, an EP on Optimo Trax and of course music on Mathias’ very own Losselss. Also a newly formed project sees the light of day, with Internacional Electrical RhythmsMathias and Trikk are currently working on an album.

Mathias’ vision aims to release music that can stand the test of time with a sound that fuses classic elements, with crisp kick drums, and motor city references. And exploring unchartered territories in the process.