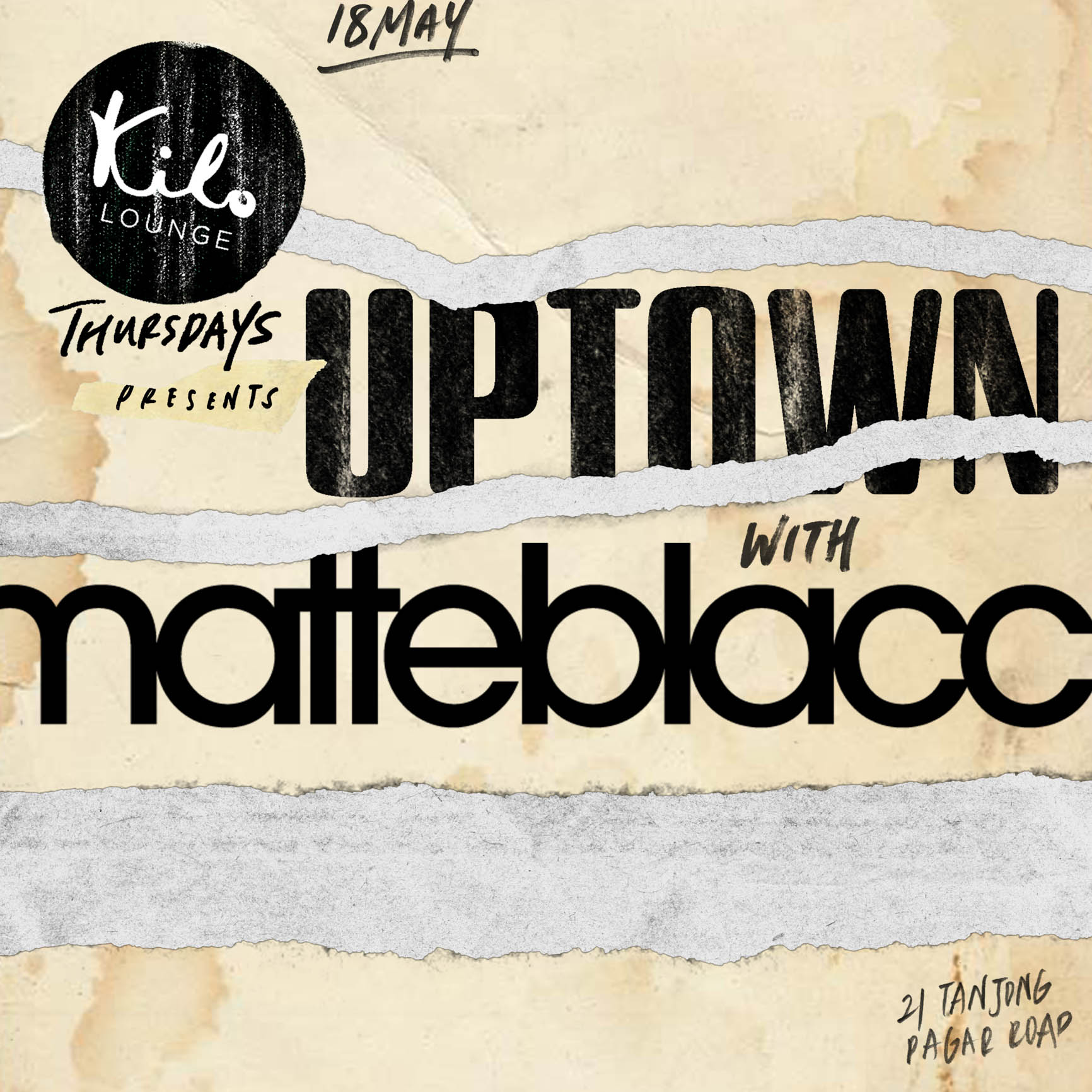 The Matteblacc Collective reboot the night that started it all. The night that put them on the radar as the crew that would champion the real school in Singapore.

If you had a blast at The Pharcyde two weeks ago, JNR’s tribute to the Golden Era of Hip Hop is what you can expect. This time, he’s joined by the entire Matteblacc stable – Drem, Paulsilver, XG, J.Mero and Arms1.

BIO
The Matteblacc crew aim to shape the music soundscape in Singapore with their unique brand of soul inspired music. The minds behind this collective are it’s head Djs – JNR and Drem. Other members include XG (aka Garuda), Jay Jamero, Mylk, PaulSilver and Intrigue.

Having made their mark with notable past residencies that include Amoeba, Cocco Latte, The Butter Factory, Ku De Ta, il Lido, Mimolette, Kinki and Velvet Underground / Zouk, they are now highly sought after in the Singapore scene and South East Asia. Having played at all the top venues in Singapore, they continue to hold down residencies at Lulu’s Lounge, Refuge, Cherry, Overeasy, Tanjong Beach Club and regular features at Kilo Lounge.

Matteblacc has a penchant for classic Boom Bap, Hip-Hop Soul, R&B, Neo Soul, Future Beats, Rare Breaks, Funk, Soul, Boogie, Dancehall and House. And as one of few outfits that champion quality soul inspired music, they have been instrumental in the movement back to better music in the night life scene. They have collaborated with other like-minded collectives like Pushin’On / Sideshow, Bedsty, Good Times, Darker Than Wax, CHROAM, Fat Fish Familia, Singapur Dub Club, Lion Steppaz, Eyes To The Front, SRYNTSRY and DopeSG / Richtclicka.

Come through before midnight & get a complimentary drink on us! Sign up on the guestlist here: http://bit.ly/KiloLoungeThursdaysGuestlist

Enjoy 1-for-1 on Sapporo, wine by the glass, house pour drinks, and cocktails under $20 from 10PM-12MN. It’s never too early to get the party started 😉