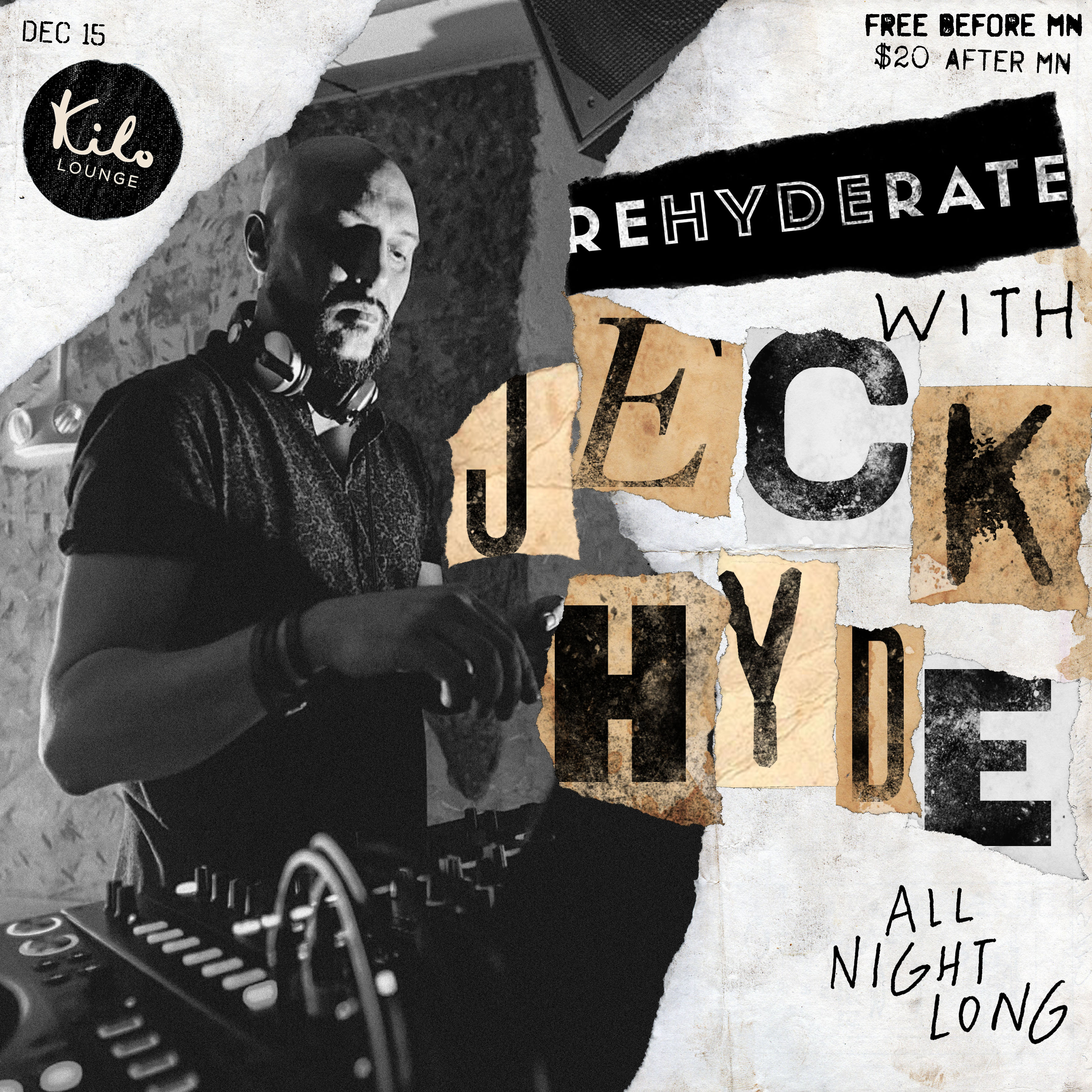 JECK HYDE, a well establish & renown in the French DJ Circuit from the early 90’s whom has form a new recognition in the underground music scene in Asia. He has relocated to Singapore back in 2011.

To begin his journey he held residencies at nightlife hotspot club in Kilo and CATO while holding his own branding at other notable venues in Singapore such as Kyo and Headquarters. Accrediting his roots to Detroit techno, Chicago House and Acid House from the UK, Jeck Hyde’s unique sound that is warm with emotional vibes to the ears, while maintaining hypnotic and sensual beats with deep tones that is always groovy.

Jeck Hyde has become highly sought after being around the region and has taken the pleasure of spinning at Koh and W hotel in Bali, Calavera and Sweatbox/Elysium in Kuala Lumpur, Glow and Mustache in Bangkok, Rumours in Yangon, Cocoon and Cafe del Mar in Phuket.

Working on his magic in many countries all over Asia, performing alongside with the many best DJs in electro music such as Laurent Garnier, Kevin Saunderson, Jennifer Cardini, Housemeister, Chez Damier, Blond:ish, Rampa, Uner, Butch, DJ W!LD , Sevendoor and many more, Jeck Hyde’s unique blend of music has been encapsulated in his own series of parties which he named – Rehyderate.
Rehyderate promotes the underground music scene with a fervor and has developed a strong following amongst Singapore’s audiophiles that he kept the crowd engaged and excited in the process to a principled musical ethos that got him a loyal followers to his name which leads him to a new dimension and wider exposure in the Electronic music scene where he creates and become the proud but humble founder of Rehyderate and Kampong which is already a success today and has been the talk of the town in the nightlife scene in Singapore.

With his many remarkable significant moves that ignite his character and persona, his passion for Electronic music has made him one of the most popular DJ in the region, today.