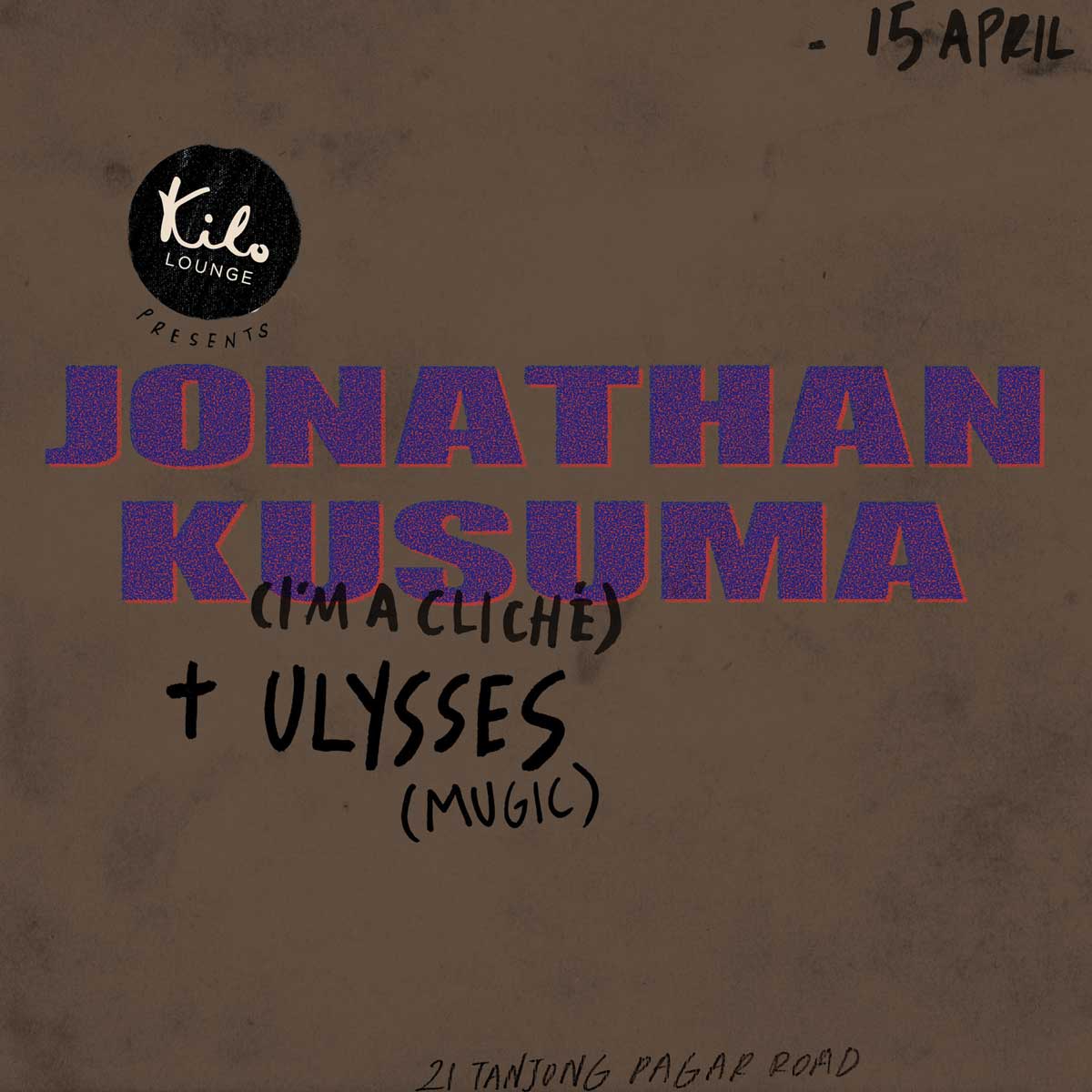 Jonathan Kusuma is a musician, producer and DJ based in Singapore and Jakarta. His music is mainly released under the influential music labels “I’m a Cliché” (Paris) and “Cocktail d’Amour” (Berlin). With the latter, Kusuma released the Black Magic EP (2016). Kusuma’s Automatone (2016), released on “I’m a Cliché”, was premiered at www.next.liberation.frwith excellent reviews. His tracks Metro Mini and Motor Melodies is also featured in Correspondant’s compilations (2017).

Ulysses draws from a wide repertoire of musical styles ranging from house, slow-mo beat down bangers, disco, jazz, techno, broken beats, and anything that is across the sonic spectrum. “Good music is simply good music. I refuse to be pigeon-holed and the crowd shouldn’t be either!” This personal philosophy and love for quality music has led him to co-founding the quartet MUGIC, infamous for their parties at the now defunct Night and Day Bar and now spreading their musical vibes at The Observatory in Ho Chi Minh City, Vietnam. Ulysses has also played alongside some of Singapore’s finest tastemakers and luminaries from the world over such as Jerome Syndenham, Francois K, Deetron, Todd Terje, to name a few. He has also been invited twice to perform on Lush 99.5FM’s “Clubscape with Chris Ho”.