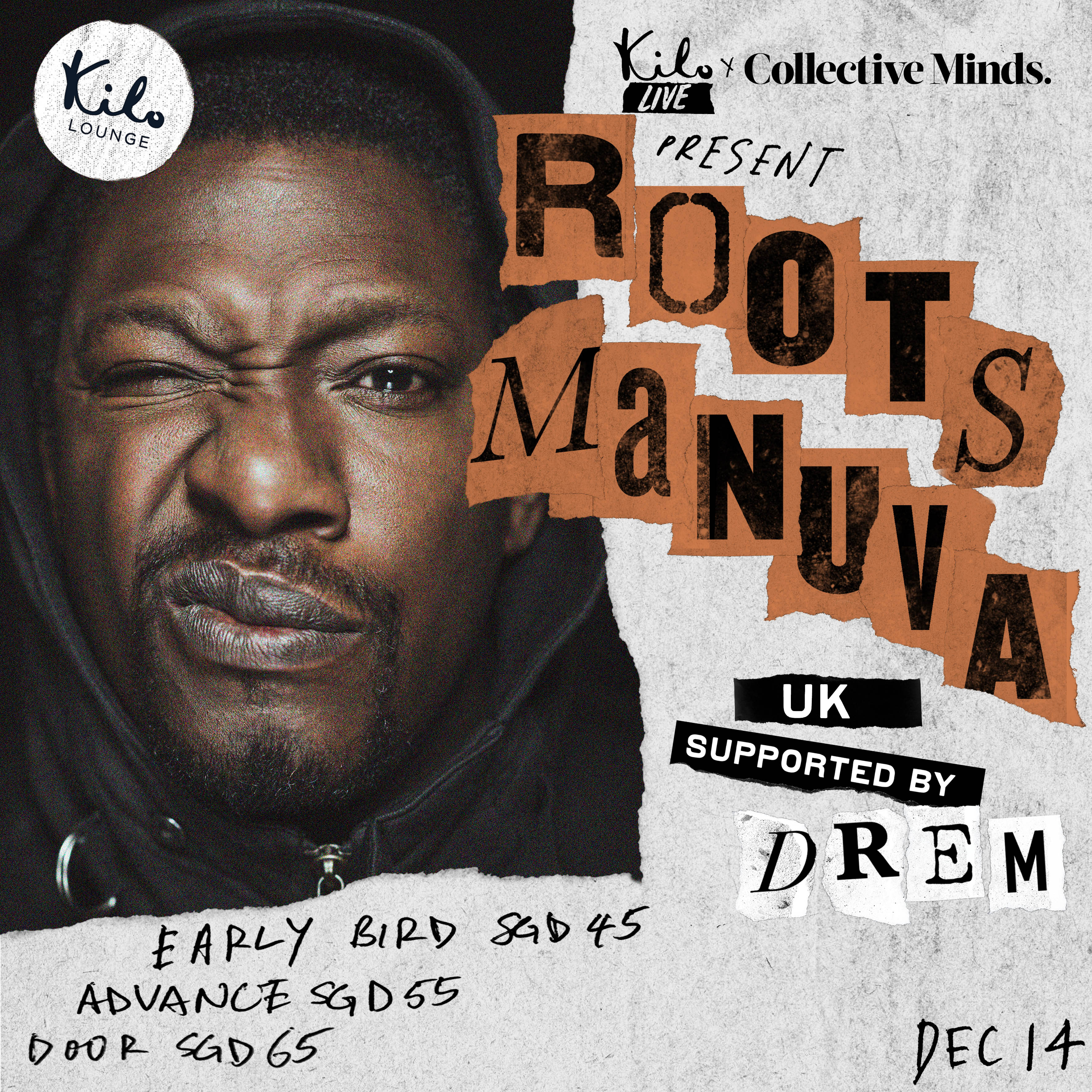 Rodney Smith aka Roots Manuva was born and grew up in Stockwell, South London. His grandfather had come over from Jamaica in the fifties. As he puts it, his family “were here to make it big time.” They worked hard, went to church, tried to live life the right way. His father was a lay preacher and tailor, a combination which goes some way to explaining the son’s preoccupation with the soul and the suit. As Rodney sees it now, “my family are such good, decent people. I’m the runt of pack.”

The runt found music. An avid but secret collector of the sound system tapes which were easy to find in Brixton at the time, Smith studied deejays like Eek-A-Mouse and Asher Senator, nodding to the rhythms, stretching his mouth around their words. But it was perhaps only when he heard hip-hop and, in particular, the incomparable Rakim, that he realized that his voice could be used for more than toasting, that it was an expressive tool limited only by his imagination. But opportunities for Black British musicians in the nineties were few and far between. Hard work – his own kind of hard work – was the only way forward.

Smith made his recorded debut in 1994 as part of IQ Procedure through Suburban Base’s short-lived hip-hop imprint Bluntly Speaking Vinyl. He debuted as Roots Manuva the same year on Blak Twang’s “Queen’s Head” single, before releasing his own single, “Next Type of Motion” the following year through the same label, the hugely influential Sound of Money. 1996 saw the release of his collaborations with Skitz (“Where My Mind Is At”/”Blessed Be the Manner”) on 23 Skidoo’s Ronin label. The release of “Feva” on Tony Vegas’s Wayward imprint followed in 1997. This was also the year that saw the first releases from Big Dada, a collaboration between Coldcut’s Ninja Tune label
and hip hop journalist Will Ashon. Ashon had tipped Smith as the “Most Likely To…” back in ’95 and soon came knocking asking for a single. Roots replied that he was tired of making one-off singles and would only sign to do an album.

One of the true pioneers and originals of British music, any album from Roots Manuva is an event.
When it’s as good as ‘Bleeds’ it’s one of the musical events of the year. Both genre-defying and
deeply rooted in what he describes as “the culture of Bass and Verb,” the record innovates and
consolidates in equal measure. Rodney Smith describes himself as “a British Black musical Mark
Rothko” and ‘Bleeds’ is another masterpiece from this abstract wordsmith.