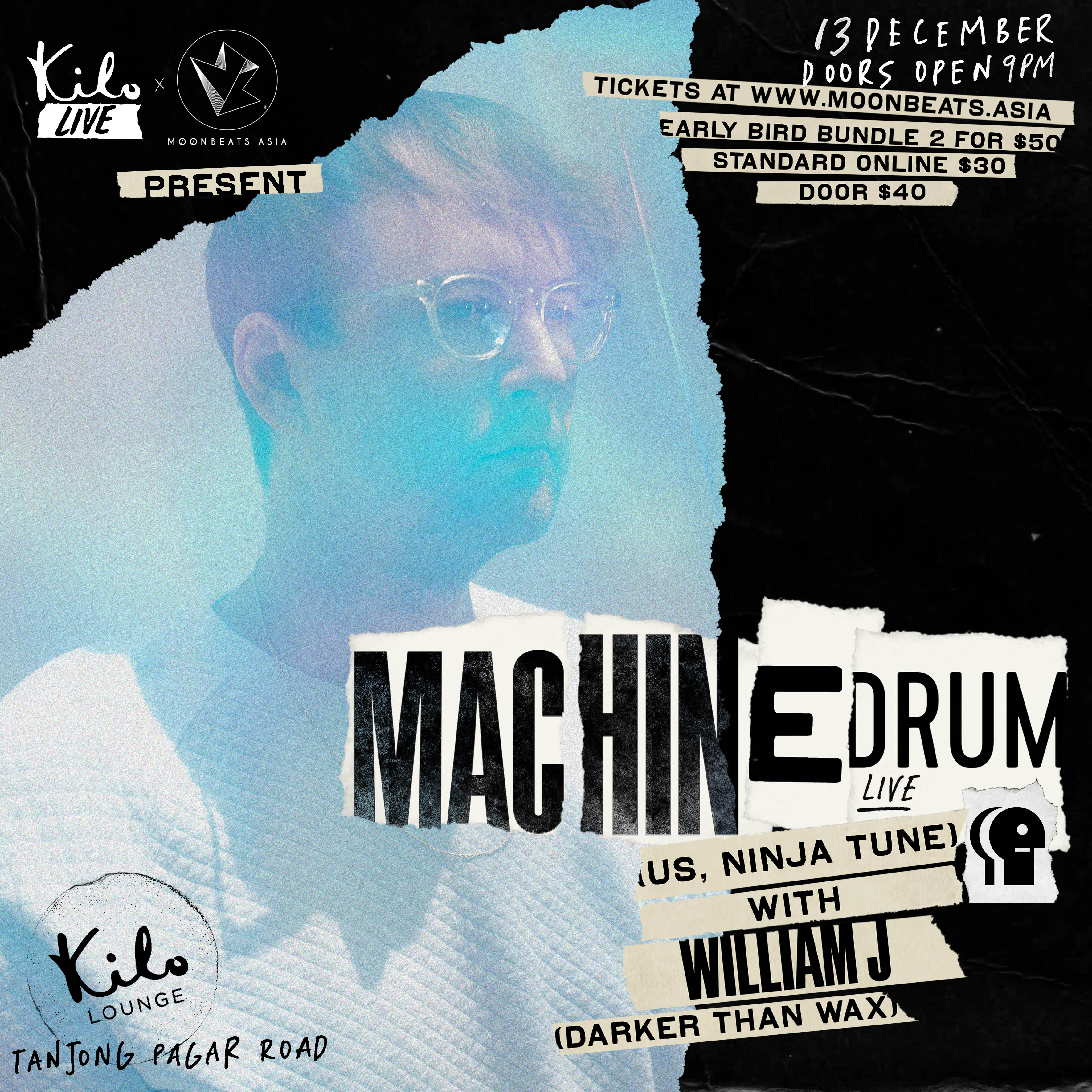 North Carolina-born artist Travis Stewart, known as Machinedrum, occupies a perhaps unique place in US electronic music. A pioneer and a populariser, a restless and relentless seeker, Stewart brings together coasts and continents in projects which are both conceptual and heartfelt, clever and banging. He has produced and composed over a dozen albums under various aliases since his first independent release in 1999. Covering an astonishing variety of styles with ease, through solo Machinedrum work and with collaborative projects Sepalcure, JETS, Dream Continuum, or other mutations, Stewart has established himself as electronic music’s true Renaissance man.

Stewart puts his unique signature on everything he touches, carving out a career as a world-class producer on top of releasing solo material and remixes. In addition to the likes of Azealia Banks, Jamie Liddell and Jesse Boykins III, in the past few years Machinedrum has produced for English singer-songwriter Obenewa, and many heavy-hitting tracks with the hotly-tipped Dawn Richard (AKA D∆WN).

Since the release of Vapor City, Stewart has once again relocated, moving from New York to Echo Park in Los Angeles. His new record, Human Energy, “reflects a period of great change in my life. I moved across the country to a new city, I proposed to the girl of my dreams, I moved into a new house, bought a brand new computer and set off to write a new album.” Lighter, brighter, full of energy and warmth, with a stellar cast of guests, Human Energy is set to take Machinedrum from an aficionado’s best-kept secret to his rightful place amongst the biggest stars of American dance music.