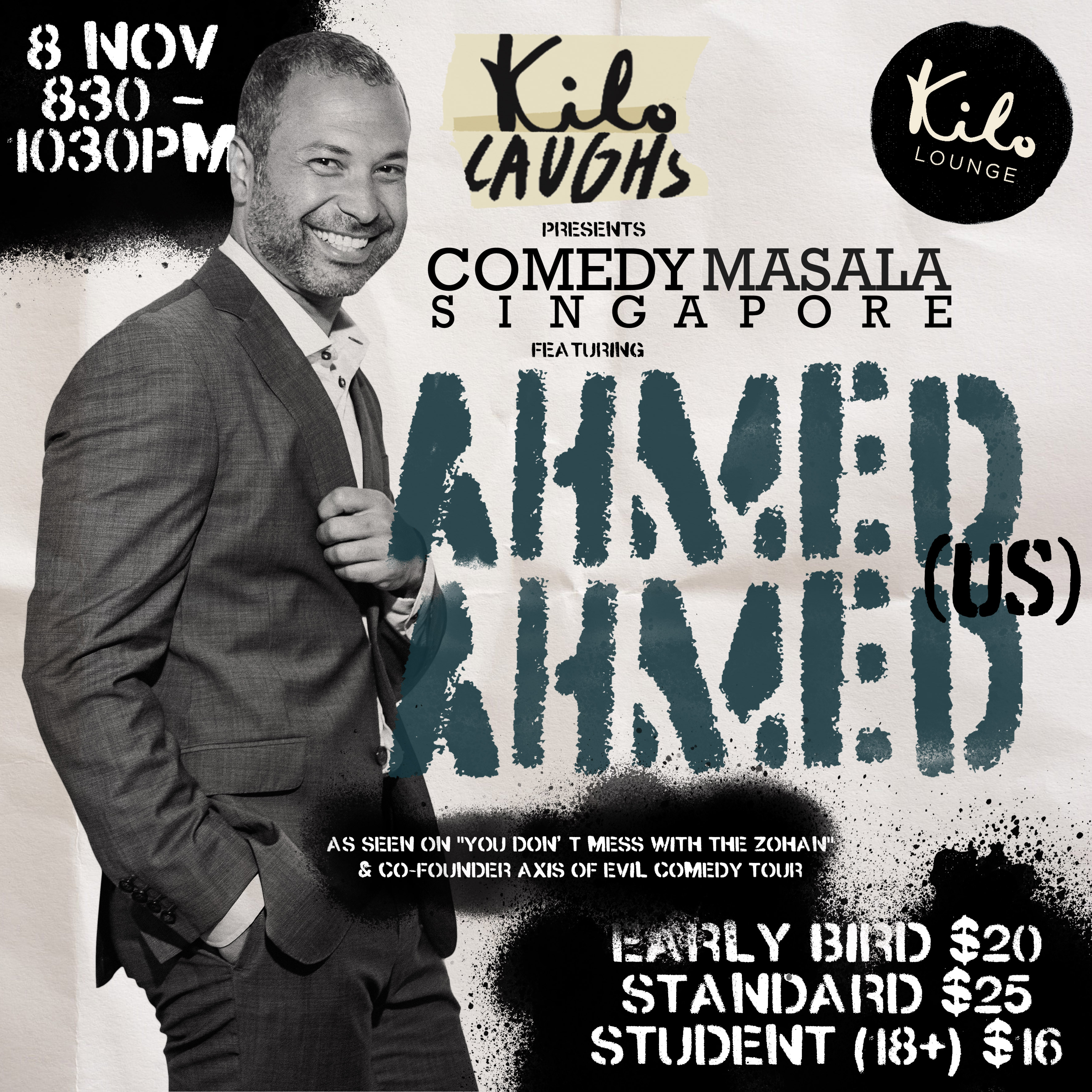 Egyptian-American actor, comedian, producer, and director Ahmed Ahmed is one of the most diverse, multi-faceted talents in the entertainment industry today. In 2014, he can be seen starring as “Ahmed” on TBS’ hit comedy series Sullivan & Son. Executive Produced by Vince Vaughn, the show follows Steve Sullivan [Steve Byrne], a corporate lawyer who surprises his parents when he leaves his job to take over a bar owned by his father in Pittsburgh. Ahmed made his first appearance as unlucky in love, tow-truck driver [and best friend to Steve] “Ahmed” in season one, and joined the cast as a series regular in season two, quickly becoming a fan favorite. Ahmed is currently the only Arab-American actor playing a non-stereotypical role on a comedy sitcom, today.

Born in Helwan, Egypt and raised in Riverside, California Ahmed immigrated to the US when he was one month old with his family. When he was 19 years old he made the move to Los Angeles to pursue a career in the entertainment industry, and attended the American Academy of Dramatic Arts. His first big break was in the suspense, action film Executive Decision alongside Kurt Russell, Steven Segal, and Halle Berry in 1996. Ahmed went on to appear in a handful of blockbuster and cult hit features including Swingers, Iron Man, and You Don’t Mess With The Zohan. On the television front, Ahmed has appeared on top series such as Tracy Takes On, Weeds, and Roseanne to name a few.

In 2011, Ahmed made his directorial debut with his groundbreaking documentary Just Like Us. The film premiered at Tribeca Film Festival, and went on to be selected at 30 international film festivals, winning several “Best Director” and “Best Documentary” awards. The documentary, a celebration of culture and comedy, follows Ahmed and ten American comedians through Dubai, Egypt, Lebanon, and Saudi Arabia, performing in front of over 20,000 Arabs and Muslims across the region. Just Like Us garnered Ahmed attention on the political front, valium order online cheap and he was invited to The White House to have dinner with President Obama, and was also invited to The State Department to have dinner with Hilary Clinton- as they commended him on creating a project that made an effort to break down barriers and encourage cross-cultural dialogue. Ahmed is currently in post-production on Just Like Us Too, which takes place in Syria, Jordan, Palestine, and Oman.

While working in film and television Ahmed’s profile in comedy continues to rise, being hand picked by Vince Vaughn for his Wild West Comedy Tour [2005-present]. Vaughn is currently producing the first ever Wild West comedy festival in Nashville, TN where Ahmed will hold the roll of Comedy Ambassador, performing and hosting shows. In 2005, Ahmed cofounded and performed in the Axis of Evil Comedy Tour which aired on Comedy Central as the first ever Middle Eastern stand up comedy special. Ahmed is also the winner of the first annual Richard Pryor Award for Ethnic Comedy at the Edinburgh Comedy Festival in Scotland.

Ahmed is currently a paid regular performer at the world famous Comedy Story in Hollywood, The Laugh Factory, and the Comedy Cellar in New York City. He regularly tours nationally and internationally, and in summer 2014, Ahmed will hit the road for the Sullivan & Son Comedy Tour with his cast mates from the series, hitting 20+ markets across the country. Ahmed is a true believer that laughter heals, and that comedy can bridge the gap between communities across the world.