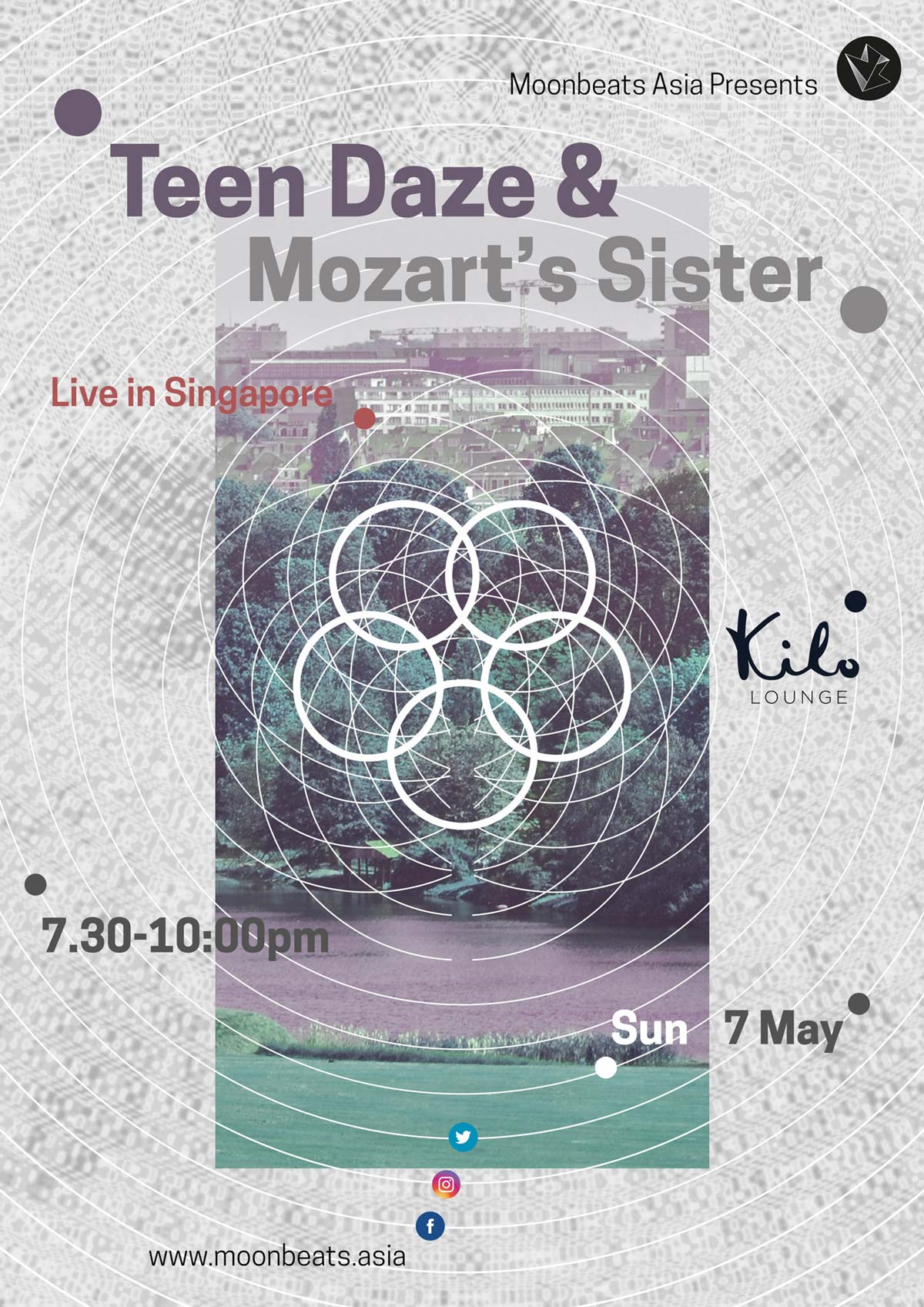 TEEN DAZE (Jamison Isaak) is a British-Columbia based artist and producer. He released his fifth LP Themes For Dying Earth on February 10th through his new label, FLORA.

After last year’s foray into vibrant indie-pop, Themes finds Teen Daze returning to more ambient, electronic production with new insight: “I learned so much from the experience making Morning World, it would be a step backwards if I didn’t apply it.” This comes through in songs like “Lost”, “Rising” and the first single, “Cycle”, which fuse the synthesized sound of early Teen Daze records with the live energy of his more recent works. Themes is also distinct in its collaborative nature. Jamison has worked with other artists in the past, but never to this degree and expanse: “Making the last record alongside other people helped me realize that inviting additional minds to the creative process brings out the best in me.”

Conceptually and thematically, this album is one of Jamison’s most personal, navigating topics both intimate and broad: “Much of my work is inspired by nature, and it’s scary to think that future generations may not have that same relationship. The album starts with Cycle, a song about my personal experience dealing with anxiety and depression, and it slowly zooms out to cover some of the external forces, like climate change, that are affecting those experiences. After touring last fall, I came home so cynical and worn out, I decided take all the nervous energy I had about buy generic diazepam france the world, and filter it through more optimistic, positive sounds.”

“The appeal is irresistible, and once wrapped up in Themes, it’s hard to imagine leaving its embrace.” – Pitchfork (7.5)

“It’s gentle, and acts like a spider’s web catching Jamison Isaak and his guest S. Carey’s vocals and the backmasked electronics like drops of dew.” – FADER (Premiere – on the track ‘First Rain’)

MOZART’S SISTER – the solo project of Montreal’s Caila Thompson-Hannant she started back in early 2011 – delights in making glittering, celebratory pop with an underlying strain of brittle, claustrophobic energy. By marrying the accessible with the decidedly off-kilter, she displays a similar vigor and charisma to female contemporaries Grimes and tUnE-yArDs, both of whom too learned their trade among the same fertile hometown scene as her.

Since attracting a ton of buzz for her entrancing live shows and for first album Being, Mozart’s Sister (aka Caila Thompson-Hannant) has been head-down in her bedroom writing her follow up Fields of Love. For anyone who’s been following her work – and for new listeners – Fields of Love is Mozart’s Sister expressing macrocosmic ideas about life with panache and abundant hooks.

Inspired by Discovery-era Daft Punk, Post-era Bjork, and Betty Davis, Caila produced, recorded and wrote the album using a cheap sound card and Ableton software, approaching it with a do-it-all-by-my-self ideology.
Field of Love is an intentionally fractured album. “It was far reaching. Things didn’t always connect, but that was part of the whole idea,” she says. Which is representative of the best music, and maybe the best of life: looking for order in chaos, not always finding it, and living with whatever happens next. Field of Love will be out on Arbutus Records in February 2017.

“She’s an apt student of tech and vocal tricks, swooping from sotto voce to a diva-like belt at a single hook’s notice.” – Pitchfork
“The result is joyous electropop with depth – dance beats, ’80s-ish synths and Caila’s soulful, voluminous vocals fanning out into gorgeous harmonies.” – NME
“Being is a delicate counterbalance of serotonin-soaked synth-pop and emotional overexposure.” – The Line of Best Fit