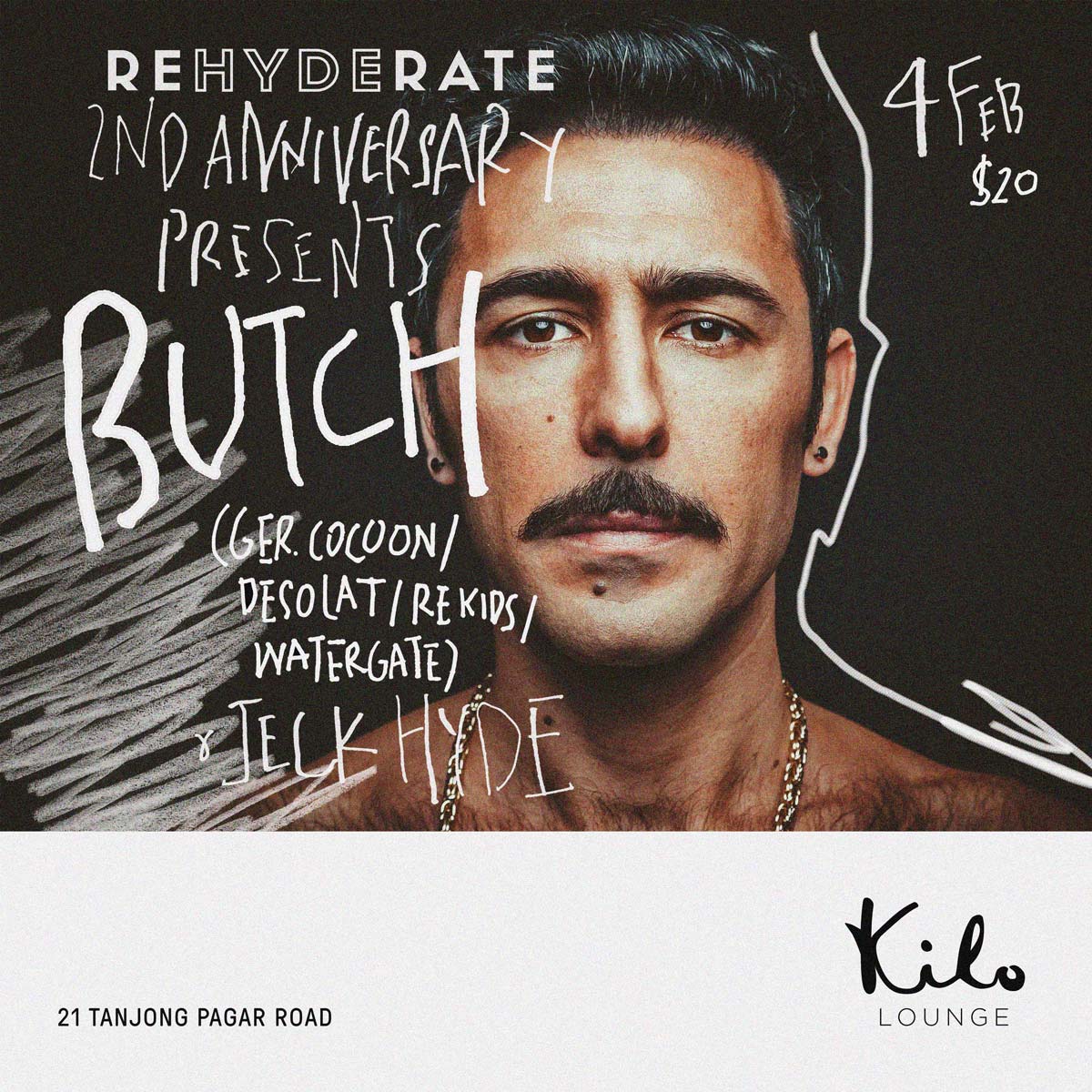 Butch, aka Bülent Gürler, isn’t a man interested in playing into one musical community. Born and raised in Germany’s Mainz, his foray into music began aged 11 when he witnessed a DMC championship final on TV. From then on Bülent pursued “Breakdancing, graffiti, then DJing. I stuck with DJing as it seemed to be the one I was good at.”

Working with an extensive list of labels including Moon Harbour, Visionquest, Hot Creations, Desolat, Watergate, Rekids and others, Butch has added to that list with a release on Seth Troxler’s Tuskagee imprint titled Jack Your Body in 2016.

It’s this constant drive to deliver on the dancefloor as much as on the mixdowns that saw Butch embarking on a blaze of activity in 2016. That year also saw his own label, Otherside, launching with a debut EP featuring himself and Ricardo Villalobos.

In a world where positioning, strategic bookings, branding and personal image are increasingly as important as the music itself, Butch refuses to conform. The name means nothing—because he’s not here to dazzle or intimidate, he’s here to play.