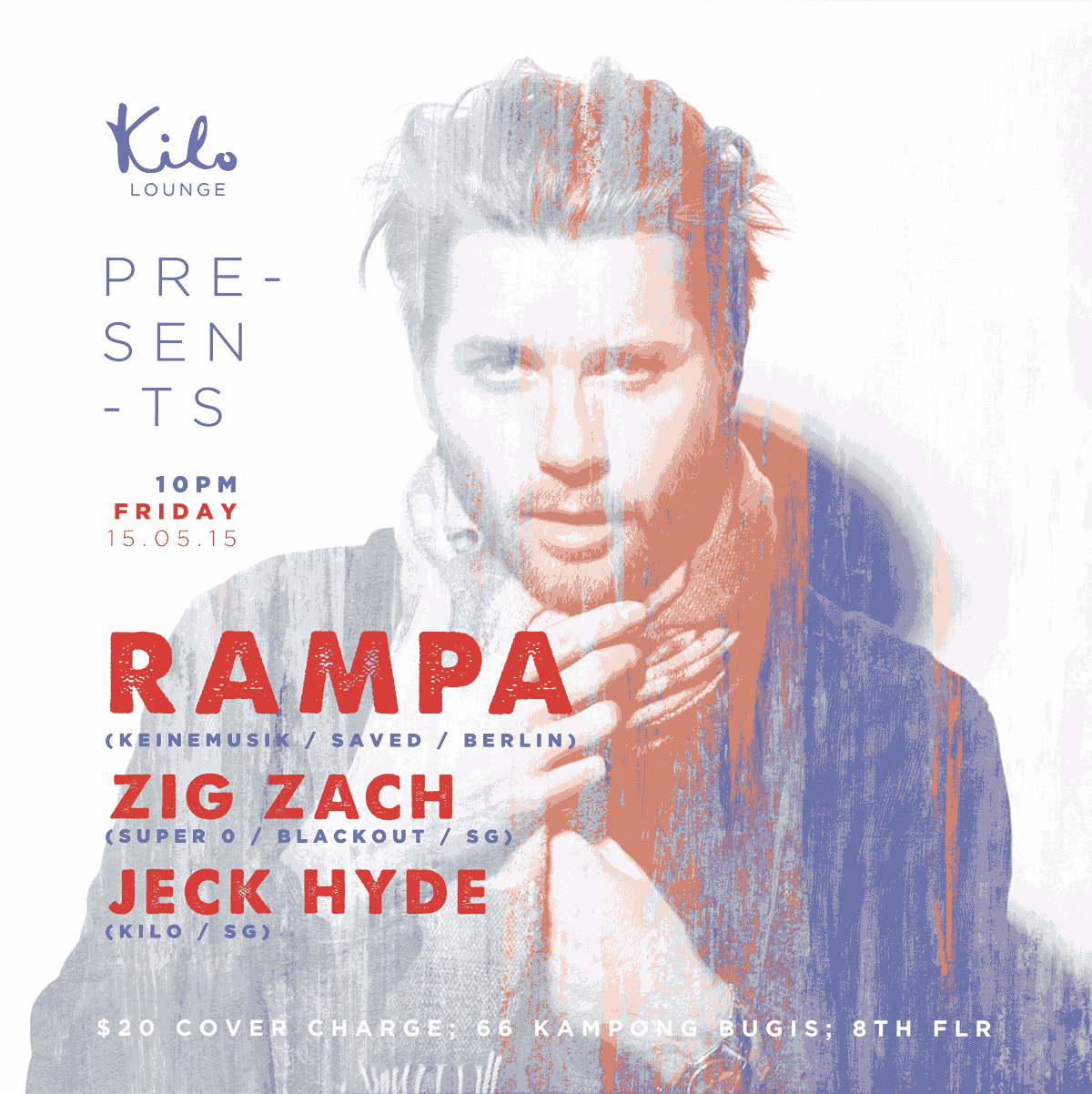 It’s been quite a ride for Rampa over the last couple of years. When it comes to his appreciation of DJing and producing, he never solely cared about the diehard dedication to the four to the floor-aesthetic, but also about a certain attitude that communicates through his sets and original productions. An attitude that surely is informed by a spacious and varied record collection and also the ability to think and operate off the beaten path.
Most of his works meet all stylistic requirements of the current House and Techno agenda, but still, his mindset and openness will easily define them as outstanding pieces.From 2009 on, Rampa made a name of himself through Keinemusik, his own little d.i.y.-cosmos, being not only label, but also crew of likeminded DJs, producers and friends. The teamwork within this realm has seen a serious number of premier productions and collaborations, particularly with fellow producer &ME, not to forget the rest of the bunch, Adam Port, David Mayer, Reznik and Monja.Besides, he’s got some other collaborations under his belt. He produced a couple of singles with Nomi of Hercules & Love Affair- and Jessica 6 fame, released on Rebirth, as well as an EP featuring S.Y.F. of Azari III on Defected. And he’s got the RAR-thing going on, a joint venture with likeminded producer Re.You, which is not only their live-moniker, but also a prolific pairing in production. They released various remixes plus tracks on Keinemusik, Cocoon, Souvenir, Gigolo and Strictly Rhythm and they brought an unmistakeable analogue approach into the live-realization of this material. And talking of analogue approaches, Rampa also started his own production company for DJ-friendly effect-devices, called TEILE.So, if he’s not spitting out new material, be it solo or in collabos, Rampa is likely to be found behind some turntables between Berlin and New York, representing his own definition of Techno and House, bridging the gap between deepness and elation. Never taking things too seriously, apart from those serious grooves he’s got in his pockets.