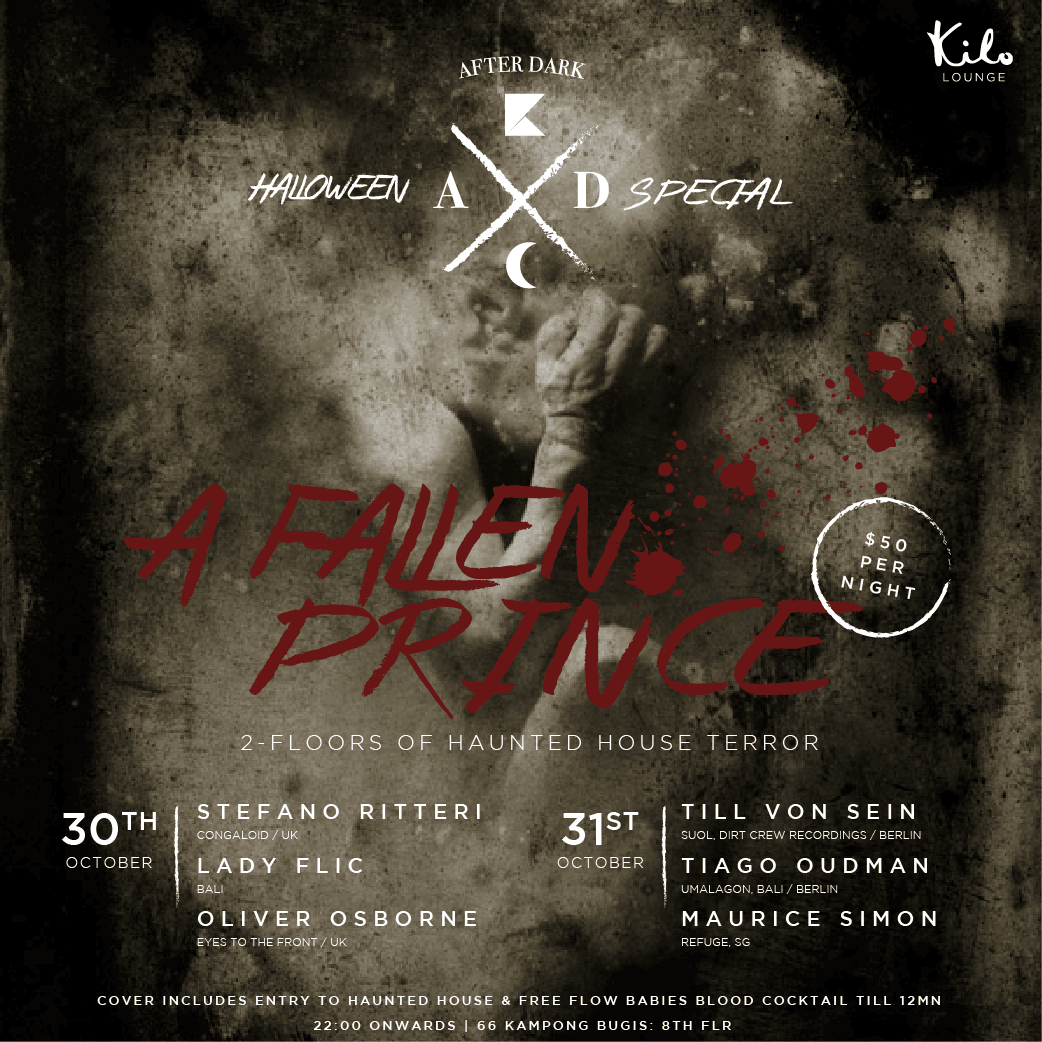 Escape the clutches of the Prince to the safety of the 8th floor by navigating your way through the perilous labyrinth of his lair. Sneak through the rows of baby corpses on the 6th floor, but be careful not to make a noise. Legend has it that the Prince’s 3 wives, who sacrificed themselves to gain immortality along with the Prince, stay hidden in the darkness stalking for unsuspecting prey. Ascend the cursed steps onto the 7th floor to the Prince’s lair, and feel your way through the darkness to find the exit….that is if you can get there in time before the Prince catches you!

The sun sets on a mid-17th century summer solstice. Weary royal courtier Radin Satri Mangkujiwo trods along a sweltering humid pathway, leading from the royal tombs of an East Javanese Kingdom long eroded by the relentless sands of time. Another Prince is laid to rest, among the decadence and opulence of material splendor. “There is no wealth that can possibly wrench one from the stale, stagnant grasp of death,” he ponders to himself. As royal physician, he has put one too many into the ground, while his physical self crumbles away slowly. Suddenly, upon a clearing by a timeless banyan tree, he is greeted by a shrouded woman dressed in aged vermillion silks. The woman beckons him closer, pacifying him with a voice that puts him in a trance. “You seek eternal life; I can see it in your eyes.” Enthralled by the woman’s saccharine words, Radin Satri Mangkujiwo is led into her lair in the depths of the banyan tree and falls into a deep slumber. He dreams of scenes filled with incestuous relationships with his young daughters, mass pillaging of newborn infants, blood sacrifices of animals, torture, murder, and cruelty on a scale unimaginable.

In the flicker of dim electrical lights, he suddenly awakes from his slumber. “Was it all just an intense nightmare?” he wonders to himself as his eyes slowly adjust to the bleakness of a strange room, with intense thumping drumbeats emanating from the ceiling. The place looks strange, nothing like the palatial grandeur he is accustomed to. A faint smell of flowers permeates the dusty humid air. He stretches his body, and feels the creak of his bones within him. Odd tubular structures protrude from various parts of his body like a mess of giant, squid-like tentacles that have symbiotically integrated themselves under his flesh. As he slowly regains his vision, he holds up his hands to the light only to see grey, rotting flesh, with talon-like nails. “This doesn’t feel like a dream,” he thinks to himself. Did he really commit all those heinous acts, which he saw in his visions? What is this barren place that holds him? It was all a boggling mystery.

A weakened Radin Satri Mangkujiwo, enraged by the constant thumping noises from the ceiling above him calls upon his three wives. “What is this place? Where am I?” he demands. “Don’t you remember, dear?” “We are here because it is near our nourishment,” she tells him. “Above us is a place where people come to revel and make merry. A place where myself and my sisters can easily find blood to feast on when men fall asleep in a drunken stupor. There are many beautiful ladies of society that patron the place above, and when intoxicated you can impregnate them with ease so as to consume their babies. Your pantry of newborns is just below us. With this place we have found our perfect nest in which we can exist to the end of time…”