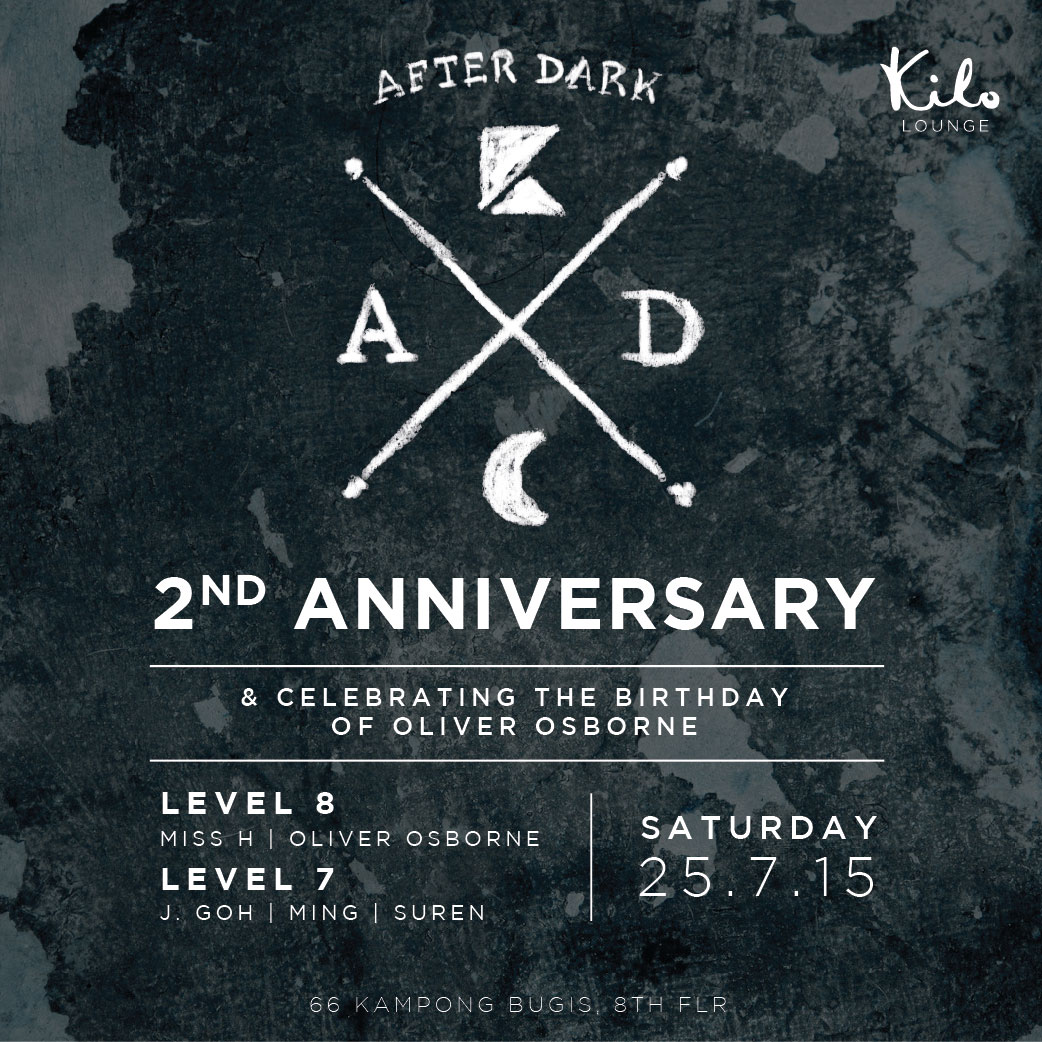 Kilo Lounge celebrates the 2nd anniversary of After Dark, with 2 floors of partying

It’s crazy to think that a little over two years ago, a couple of guys listening to deep house on a couch came up with the idea to throw a party just so they could dance to the music that they love.

What started as a small series of 4 pop-ups at Kilo Restaurant in Kampong Bugis has continued two years later, bringing you some of the best parties we’ve had the opportunity of sharing with you.

From hot, sweaty, non-air-conditioned nights and broken elevators, to massive warehouse pop ups, international acts, and an epic Whole Hog BBQ Block Party, everything was made possible thanks to all of you who have supported what we’ve done throughout these years.

Now join us as we celebrate our 2 year birthday where it all started! The night will be full of dope beats brought to you by familiar After Dark faces, playing over two floors.

Expect the usual dose of music, trippy visuals, storm troopers, and tons of entertainment and surprises as we also celebrate the birthday of Oliver Osborne… it will be a night to remember!

Venue: The 7th & 8th Floors at 66 Kampong Bugis, Singapore 338987
Time: 10pm till late
Dresscode: We’re doing a ‘come as you are’ party — which means that yes, flip flops are allowed on this night, but you’re also encouraged to come in funky outfits and costumes to party the night away.
Cover Charge: None
Event Link: Here