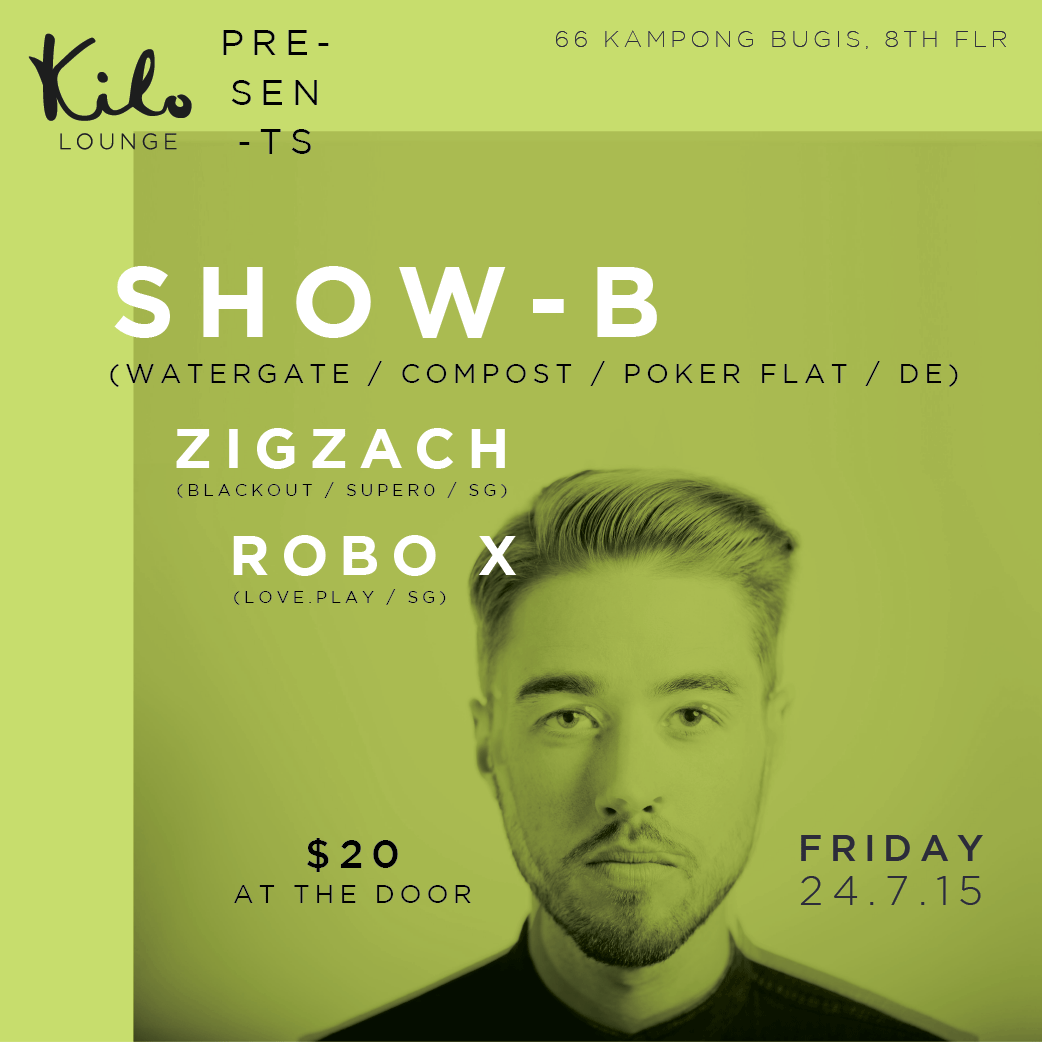 For our next round of Kilo Presents, we are thrilled to host the talented SHOW-B, a DJ/producer from Berlin.

With stunning productions and remixes released on some of dance music’s top record labels, like the ever so consistent Compost Records, Berlin’s mega club record labels, Watergate Records and Steve Bug‘s own label Poker Flat Recordings, Show-B’s tracks have always gotten support and plays from the usual heavyweights in the scene.

His recent remix of “Jaap Lighthart’s – I Know Change” has already become one of the biggest tracks this year, with support from all the usual suspects — Dixon , Âme, Adriatique, Dave Seaman , Nicole Moudaber and many more.

If there are only four words to describe what this guy is all about, they would be “Just House And Passion“. Having caught the vinyl virus at a quite early age, Mathias Schober, a.k.a SHOW-B, is one of those people who grew up in recordstores rather than in playgrounds, preferring backspins to backflips and scratched records to grazed legs.

What started out as teenage enthusiasm grew into serious passion, leading first to mixtapes and finally to club shows shortly after reaching the legal age of 18 – a young heart revolving around a sound that was meant to stay: House Music.

Although branching out into other styles was influential in shaping his sound throughout the following years – House in its vast variety is, has been and will always be the firm foundation of SHOW-B’s DJ-sets, and he spreads this passionate love all over the world in venues as varied as his beloved homebase MMA Club in Munich, Bob Beaman, London’s Jaded afterhours, the Goa events at Fabrik, Madrid, and Mystik in Seoul.

SHOW-B also hosts the weekly Compost Black Label Radio Show alongside his partner in crime, Thomas Herb. The show is broadcasted via several stations all over the world, in the UK, Canada, Japan, Austria, Turkey and even Russia, gathering fans and those to be, providing a journey to quality electronic music that’s highly favored, eagerly awaited and regularly featuring new productions from the deep and endless vaults of SHOW-B’s studio crates.

Production is another constant to be found in SHOW-B’s long-lasting career. He started to mess around with equipment not long after his first mixing attempts, but it wasn’t until 2009 that his first 12“ was released via the Compost Black Label, which soon became his musical home.

A string of 12“s followed on Compost Black, as well as guest appearances and a solo 12“ on Steve Bug’s well-received Poker Flat Recordings. Besides his solo works. SHOW-B provided remix and production works for acclaimed artists like Omar, Boris Dlugosch, Ian Pooley, Detroit Swindle and the voice of House Music, Robert Owens. A collaborative joint with Milton Jackson under the name of Pattern Select was unveiled via Delusions Of Grandeur in 2011.

His releases throughout the last years are evidence that SHOW-B’s vision on House will stand the test of time. He is able to fuse classic elements, crisp kick drums and motor city references with a warm, contemporary twist, serving a timeless menu for musical afficionados and DJ’s alike. At the same time, he isn’t necessarily aiming at peak time dancefloors with each and every tune that leaves the studio —SHOW-B loves to branch out every now and then, exploring borderlines and areas yet undefined.