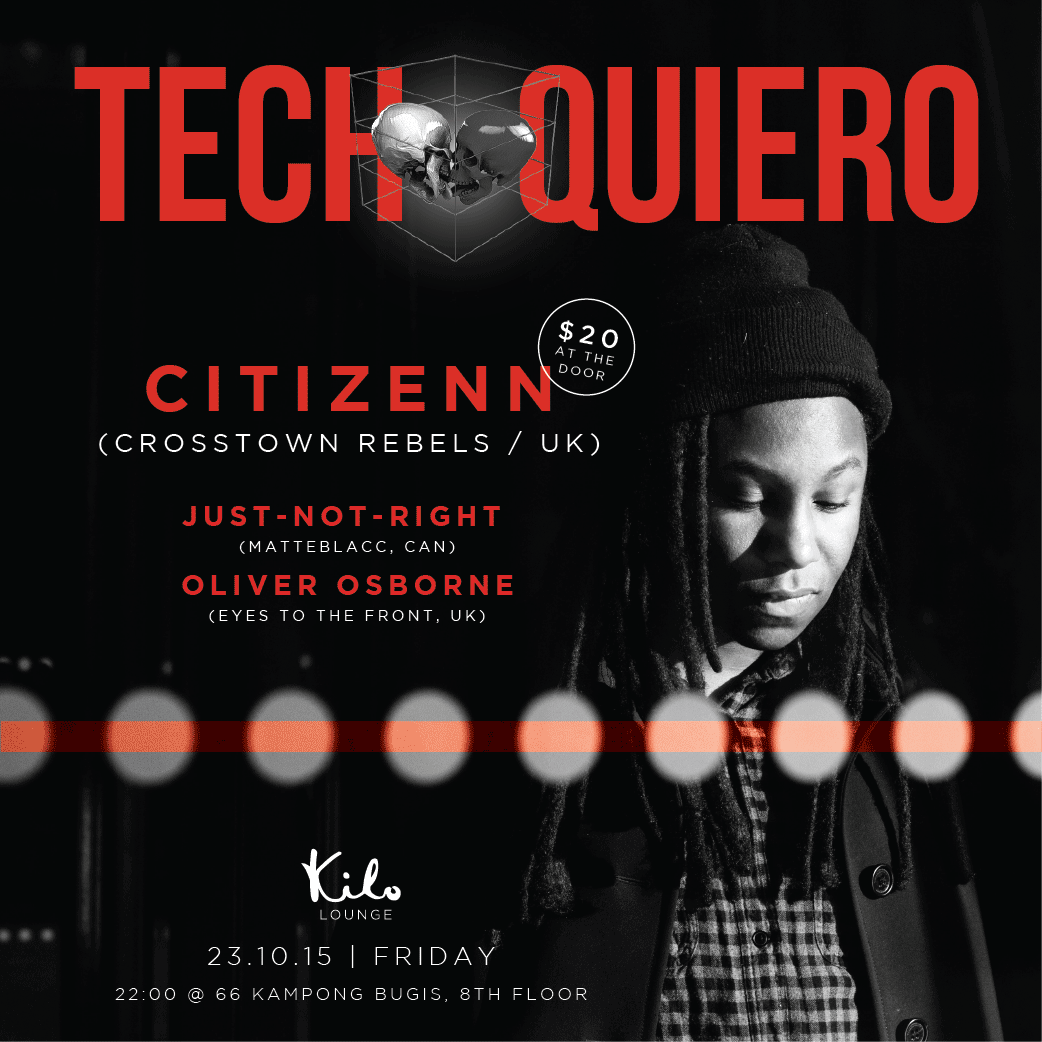 Taking his name from a passing visual reference in the Manga film Akira, Citizenn originally arrived via releases on MadTech Records, the label owned by New Jersey house don Kerri Chandler. Within a year, after singles on Waze & Odyssey’s Street Tracks, as well as on the label extension of Love Fever, his favourite underground party, Citizenn was named DJ Magazine’s Breakthrough DJ of 2013, and he was only just getting started. Growing up in Nottingham, Blake went to university in London. He dabbled in fashion and marketing and later achieved some success as a video director for the likes of AlunaGeorge and Little Boots. Musically, he’d started out as a drummer, but, a self-confessed control freak, he soon progressed to computer-based composing.

Never one to remain stationary for very long, Citizenn’s ambitions stretch beyond immediate success, and his plans to evolve his sound — and the sound of house — have started to reach fruition. His DJ travels take him all over the world, from big festivals such as Hideout in Croatia to the techno legend that is Berghain, and his productions match these destinations for sheer underground class and diversity, yet never lose their humanity.

“The new album has been an affirming process,” he reveals, “and more than anything I’ve grown and allowed myself to be truly personal with the machines I use. In essence, the original concept of the record has become a self-fulfilling journey of awareness and ownership.”

Citizenn has found a clarity of vision within the circus that is life as a successful musician. He is now leading where others will undoubtedly follow.