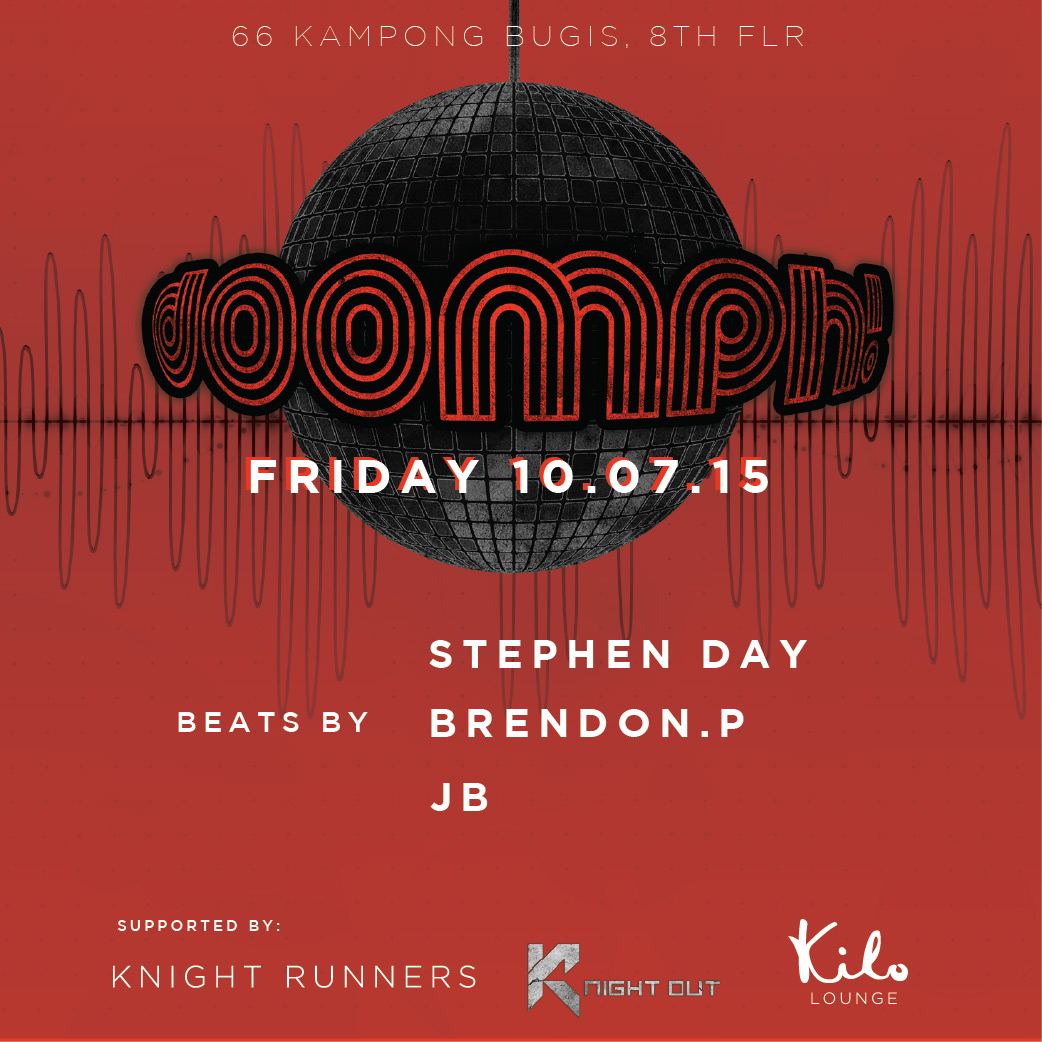 Doomph! returns for its next instalment at Kilo Lounge, this time featuring Stephen Day, Brendon P., and J.B. behind the decks for a night of unstoppable beats.

Stephen started his career at the age of 17 in the northeast of England in 1998, where he gained a three-night-weekly residency in the main room of the best club in his home town of Darlington, playing his passion, deep and soulful house music.

Towards the end of 2002, Stephen started to play a lot more underground disco and eighties electro in his DJ sets, as his passion and knowledge for this genre of music started to grow. He then teamed up with disco legend Nigel Wanless (aka ‘Brutus Gold’), owner of ‘Phreek productions’, and together they started a Studio 54 night.

Stephen still wanted to keep playing and spreading the word of his first love, house music, and so he created a night called ‘RAW’ at a club in Darlington called ‘Atlantic’. The DJs that ‘RAW’ brought to the club included Jay-j, DJ spinna, Hippie Torales, Mr V, and Franck Roger, among others. Stephen was the promoter and resident DJ for the ‘RAW’ nights and had the pleasure of working with all these DJs.

In April 2008, Stephen released his mixed compilation album ’54’ on Universal records. The album went to number 1 in the Singapore compilation charts. In August 2009, Stephen joined the team at the brand new ‘StereoLab’ club in Singapore. Stephen is one of the main residents for StereoLab and has played alongside DJs such as Frankie Knuckles, David Morales, Tony Humphries and more. Stephen joined The Fierce Angel DJ team to represent them in Asia.

Stephen started producing his own music at the begining of 2009 and now has releases on UK based label City West records. He also has upcoming releases on Croatian label ‘Acilectro’ and ‘alcilectro blue’, Singapore label ‘Rawjak’ and UK label ‘Development Music’.